FOOTBALL: Exeter exits the first round of Valley playoffs

COALINGA – After going 4-0 in league play, the Exeter Monarchs were eliminated from the playoffs in the first round after a 22-6 loss to the Coalinga Horned Toads.

The Horned Toads kicked off the game with two touchdowns in the first half, putting them up 14-0 by halftime. After a scoreless third quarter, Exeter put six points on the board early in the fourth and hustled to get the ball in the endzone again, but unfortunately, Coalinga intercepted and ran it back for a third touchdown, dashing the Monarchs’ hopes of moving on in the playoffs.

“[There were] a lot of things that we were trying to overcome,” Exeter head coach Keirsten Lamb said. “The kids obviously feel that frustration when the chains are moving backwards instead of forwards.” 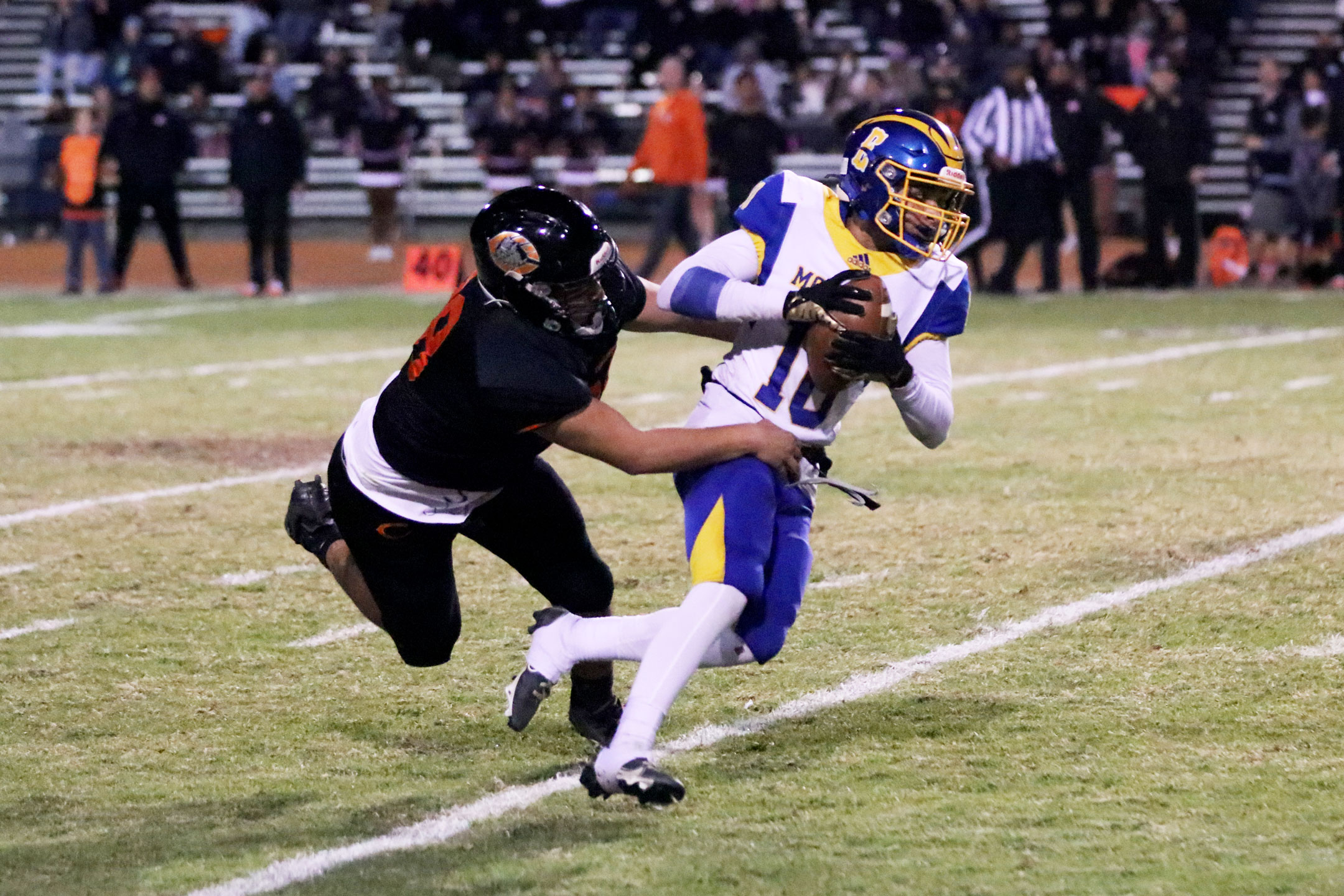 Monarch Ruben Ruiz attempts to run the ball down the field and fight off a Horned Toad. The Monarchs put up a fight, but weren't quite able to get through the first round of playoffs. Photo by Claire Livingston

The referees called a lot of penalties throughout the game. On the Exeter sidelines, tension was high as it felt like most of them were on the Monarchs. It slowed the progress of the game down and generally lowered the team’s spirits. Especially when the team made a great play and the ball was walked back due to a holding call, which happened more than once.

The Monarchs also faltered against the Coalinga defense. Linebackers Mario Delgado and Bransen Peters were strong forces the Monarchs had to contend with and they struggled. Quarterback Jacob Molina hesitated in the pocket, forcing him to run sometimes, which would lose yards for Exeter. But when he did get a good pass off, especially to wide receiver Aidan Robertson, the Monarchs were able to move the ball downfield. One of those receptions resulted in the Monarchs’ only touchdown of the night. 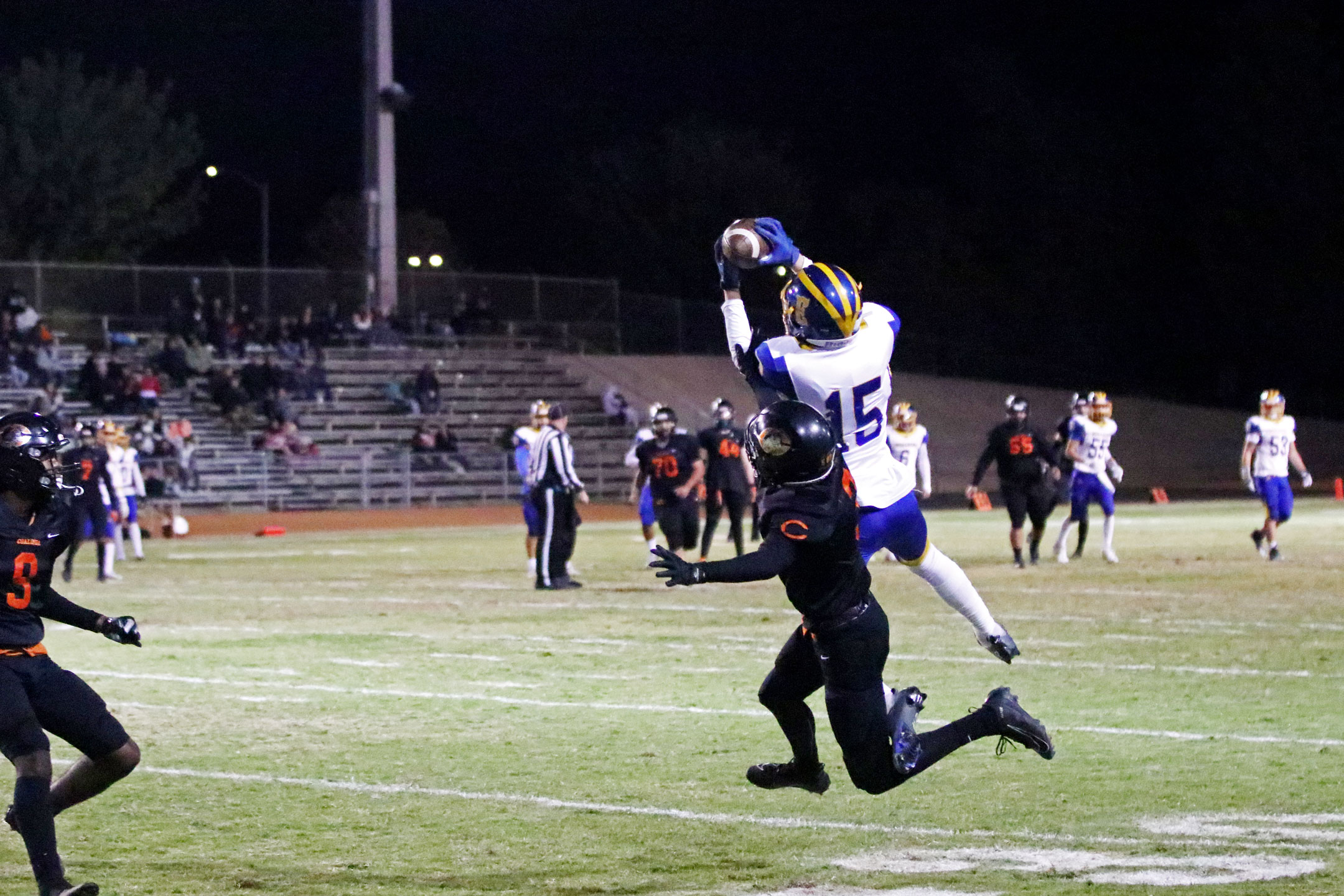 Monarch Aidan Robertson jumps for the catch over Coalinga. Despite loosing several seniors, Exeter will have a handful of players like Robertson returning next year with playoff experience under their belts. Photo by Claire Livingston

It was a tough end to a great season for the Monarchs. With a 7-3 overall record and a 4-0 league record, the Monarchs took home their first solo league championship since the 70s. It came down to the game against Reedley in week ten.

Both teams were 2-1 in league play heading into the game. If the Pirates had won, they would have tied with the Monarchs for league champions, but the Monarchs pulled off the win and held first place in league for themselves.

“It was quite an accomplishment for us to be able to do that again,” Lamb said. “Our kids were just so resilient down the stretch.”

Though the season is over for the Monarchs and several seniors will be graduating, many top players including Robertson, Molina and Andrew Taylor are underclassmen and will return next season with the experience of winning a league championship.