WOODLAKE – The Monarchs’ defense held the Tigers to only 15 points while absolutely running up their side of the scoreboard with 51 points of their own.

After a slow start in the first quarter, the Monarchs really held the Tigers back in later parts of the game. The Tigers struggled to set up their offense and start shooting under pressure from the Tigers. Under that pressure, there were several dropped and loose balls that allowed the Tigers a few opportunities for breakaway points.

“Defensively our effort was there throughout,” Exeter head coach David Fraught said. “So I’m really proud of that, because that’s something that we’re really emphasizing this season.”

The Monarchs’ defense is the core of their game. As impressive as it is to put 51 points on the scoreboard, it is perhaps even more impressive to hold an opponent to only 15 points. The Monarchs were so aggressive on defense, sometimes the Tigers weren’t even able to get the ball down the court after recovering a rebound before the Monarchs stole it back. 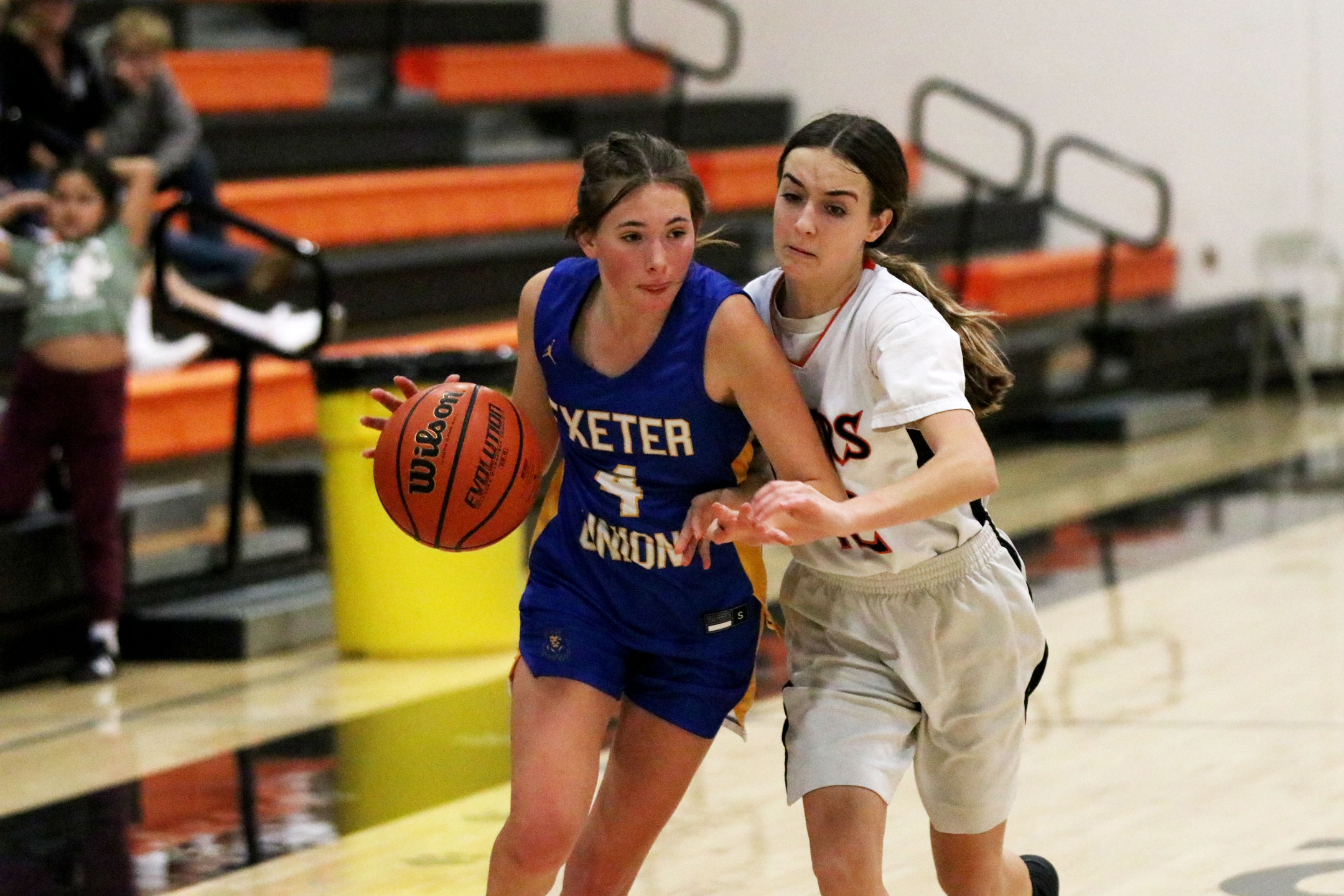 Senior Avrie Hutcheson dribbles the ball with an opponent right on her back. Hutcheson was one of three Monarchs who were able to make a breakaway throughout the game. Photo by Claire Livingston

Though the offense started slowly, they picked up throughout the game. At one point in the second period, Fraught asked his assistant coach to begin counting how many layups they missed. Clearly something shifted during the halftime break, because the Monarchs stopped missing layups and their lead only grew throughout the second half.

“Once we started making some layups, the girls started feeling a little better about themselves,” Fraught said. 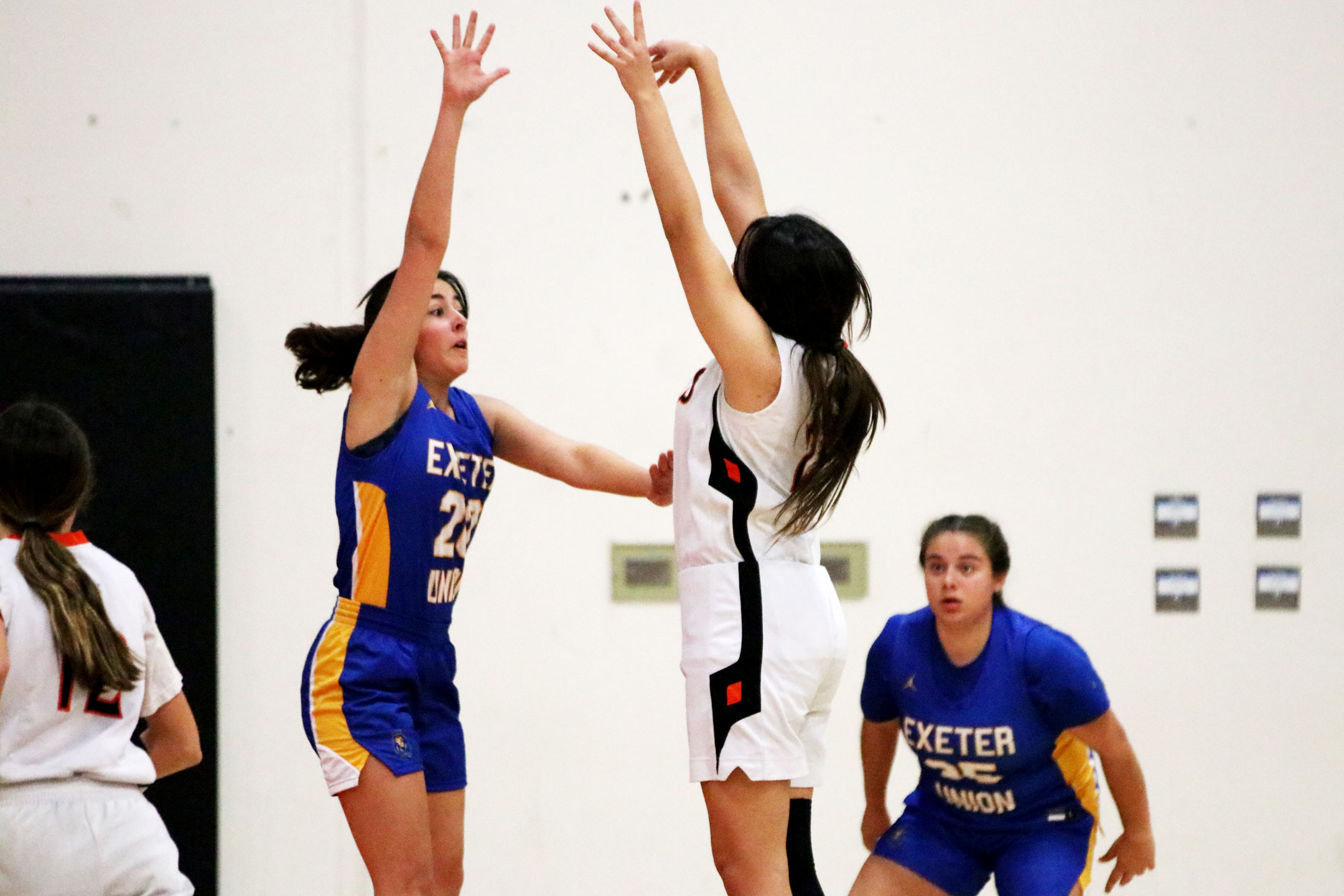 Sofia Rocha jumps to defend a Woodlake Tiger from making her shot. Photo by Claire Livingston

On the other side of the court, the Tigers were struggling with both starting point guards missing. One was sick and the other was out due to personal reasons. Their head coach, Terrance Anthony, was also absent, so the team was under the direction of their assistant coach, Kris Ramsey.

“I think we would have been okay if we had more personnel,” Ramsey said. “The game got away from us and we couldn’t get it back.”

It’s not surprising that an offense missing their two point guards struggled to set up plays and open up the floor for opportunities to score against a team that emphasizes defense like Exeter.

The Tigers expect to improve with all of their starters back on the court. According to Ramsey, their biggest rival in league play will be the Farmersville Aztecs who are currently 3-0 in non-league play.

For their next test, Woodlake will be playing in a tournament beginning on Nov. 30 through Dec. 2, during which they will face Farmersville.