The Miners weren’t up to their usual high standards, but they were still able to outpace the Rough Riders, who grew more fatigued on defense in the second half. The Miners were able to take advantage of the lapse and score four goals to secure a win for their first home game of the season.

“We were probably like 40% slower than we normally are,” El Diamante assistant coach Jack Sriphaseuth said. “They know they have a high standard. I’m happy but there’s always more that we can do.” 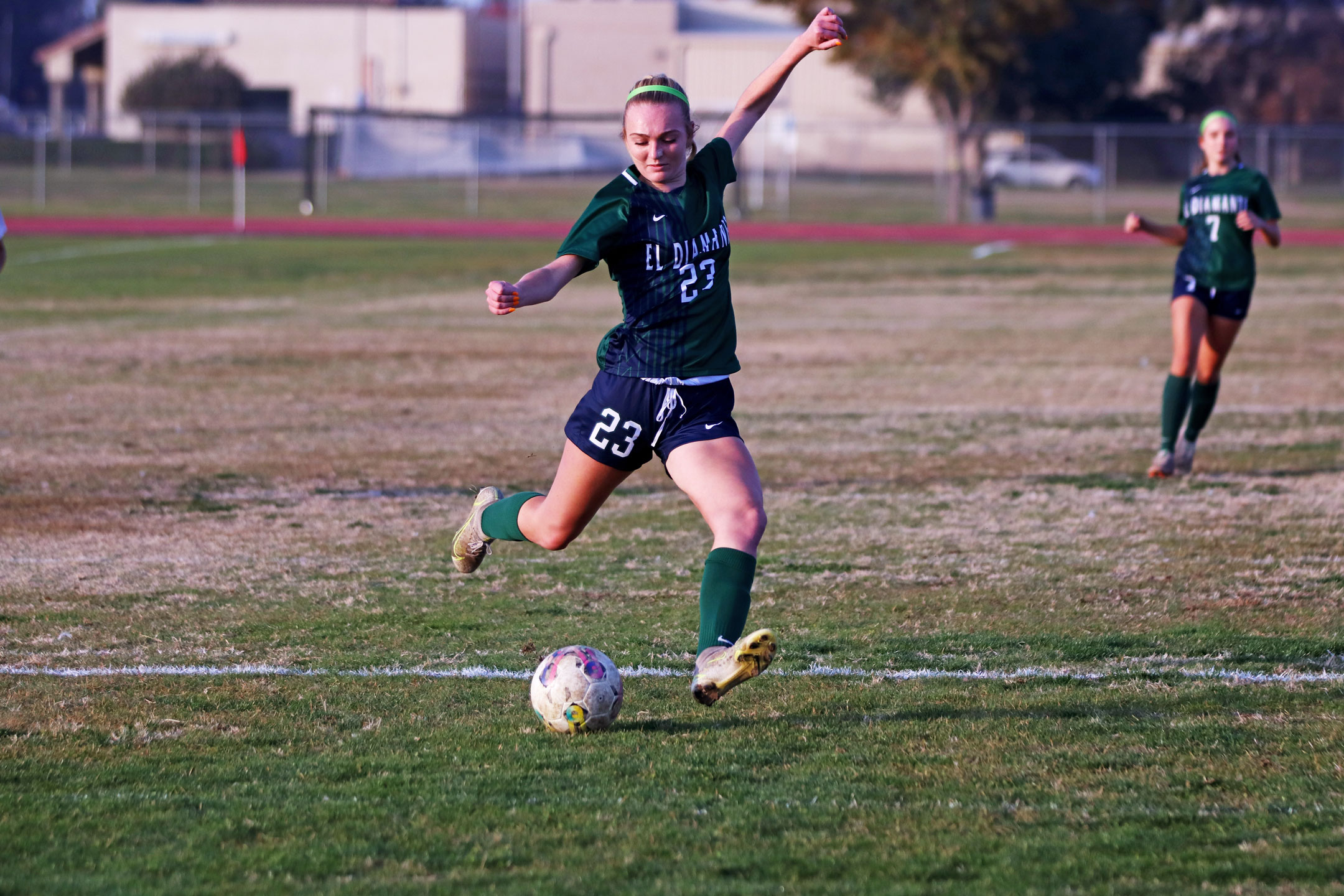 El Diamante junior takes a shot at the Roosevelt goal. It was the Minors first home game of the season. Photo by Claire Livingston

The game was fairly evenly matched with no team quite dominating possession in the first half. Junior Sami Cloutier had several opportunities for a wide shot from the left side while she was wide open, but couldn’t seem to get the ball into the net in the first half. Sophomore Sidnes Nunes had a few opportunities to play the ball up the center, but Roosevelt’s goalkeeper was on her game and made quite a few intense and important saves to keep the first half scoreless.

“I think that even though four goals were scored on our goalkeeper, she definitely kept us in an entire game,” Roosevelt head coach Grecia Bustos said. “This is actually her first year playing varsity as a goalkeeper.”

As impressive as the goalkeeper for Roosevelt was, she couldn’t keep up with the Miners’ shots when the Roosevelt defense began to disintegrate in the later part of the second half. The Miners chemistry and ability to communicate allowed them to play through Roosevelt’s defense and their conditioning made them the better team as the clock began to tick down the final twenty minutes. 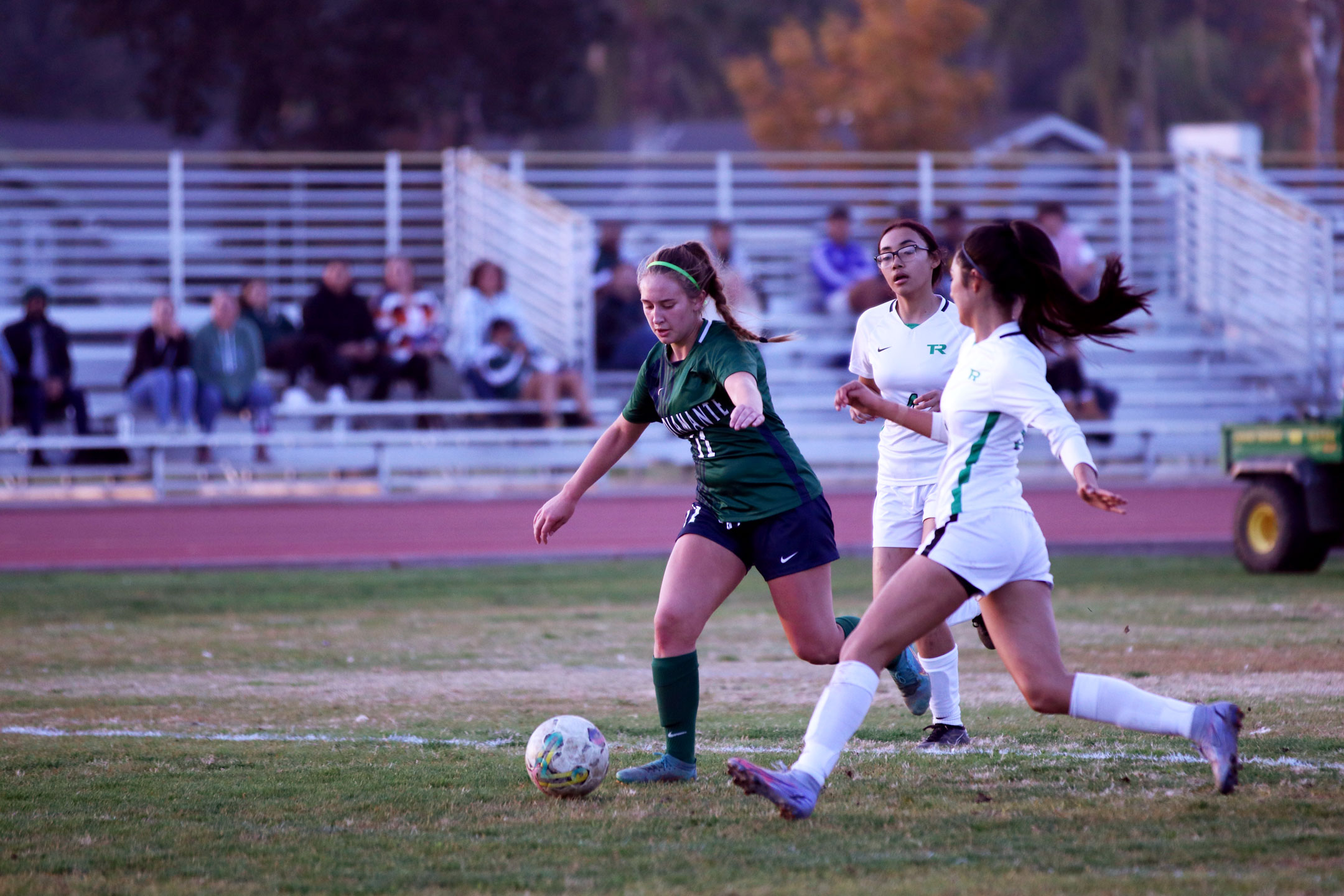 Goals seemed to come right after another as the Miners’ defense didn’t even allow the Roosevelt offense to penetrate their zone. Cloutier along with Bella Villarreal, Dani Benitez and Mikayla Moreno all recorded goals for the Miners.

Sriphaseuth admitted that with their head coach absent, he didn’t really have to give the team much instruction other than who would be starting the game. Senior captain Lynea Rivera has been a four-year starter on varsity and is a key leader for the Miners.

“It’s a coach’s dream to have a team that’s very encouraging [of each other] but at the same time demanding [of themselves],” Sriphaseuth said. “I just remind them how we want to play and then they kind of take over.”

The Miners’ next game will be at Mission Oak on Nov. 29.