PORTERVILLE – Despite a comeback attempt by the Monache Marauders, the Chavez Titans secured a 64-59 win while the Marauders took home their first loss of the season.

“At halftime I told my guys that they were up 20 and they were not going to quit. They were an undefeated team,” Chavez head coach Nicolas Guzman said. “We always say 0-0 at halftime. It’s a whole new game.”

Though the Marauders were slow in the first half, they came back with fire in the second half. The Marauders put up basket after basket while holding the Titans on defense. Slowly but surely, the Marauders closed the points gap. With 20 seconds left, they were down by 3. With a single three-point shot, they could tie the game and take it to overtime and the Marauders were hungry for it. 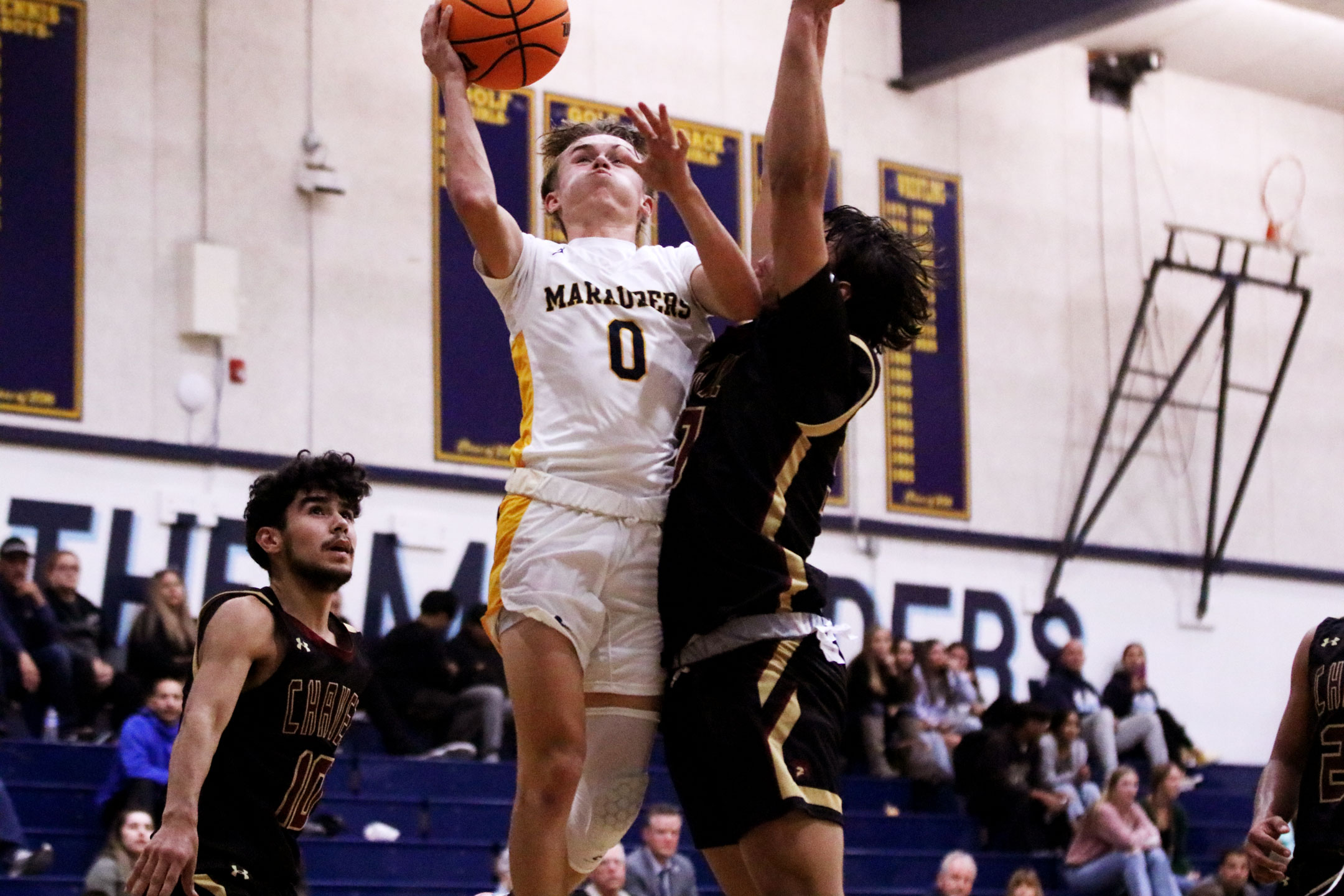 Ty Baxter drives the lane for a lay-up attempt while trying to push a comeback against the Chavez Titans on Tuesday, Nov. 29. Photo of Claire Livingston

Sophomore Ty Baxter put up several attempts for a layup and senior Jared Ojeda scrambled for rebounds to keep the Titans from moving the ball to the other side of the court, but nothing seemed to go right for the Marauders. Time ticked down to eight seconds and the Titans were awarded two penalty shots, making both of them. With only a few seconds left, now five points down, the Marauders couldn’t complete their comeback story.

“That second half we came out, we battled and we played the way we’ve been playing so far,” Monache head coach Justin St. Clair said. “But it’s hard to get back into the game when down 20 points at the half against a solid opponent.”

The Titans played two games at home before facing Monache on the road. They defeated Arvin by only two points but smashed Tehachapi by 22 points. Against Monache, Guzman highlighted junior Jesus Martinez for playing an excellent game, particularly in the first half. 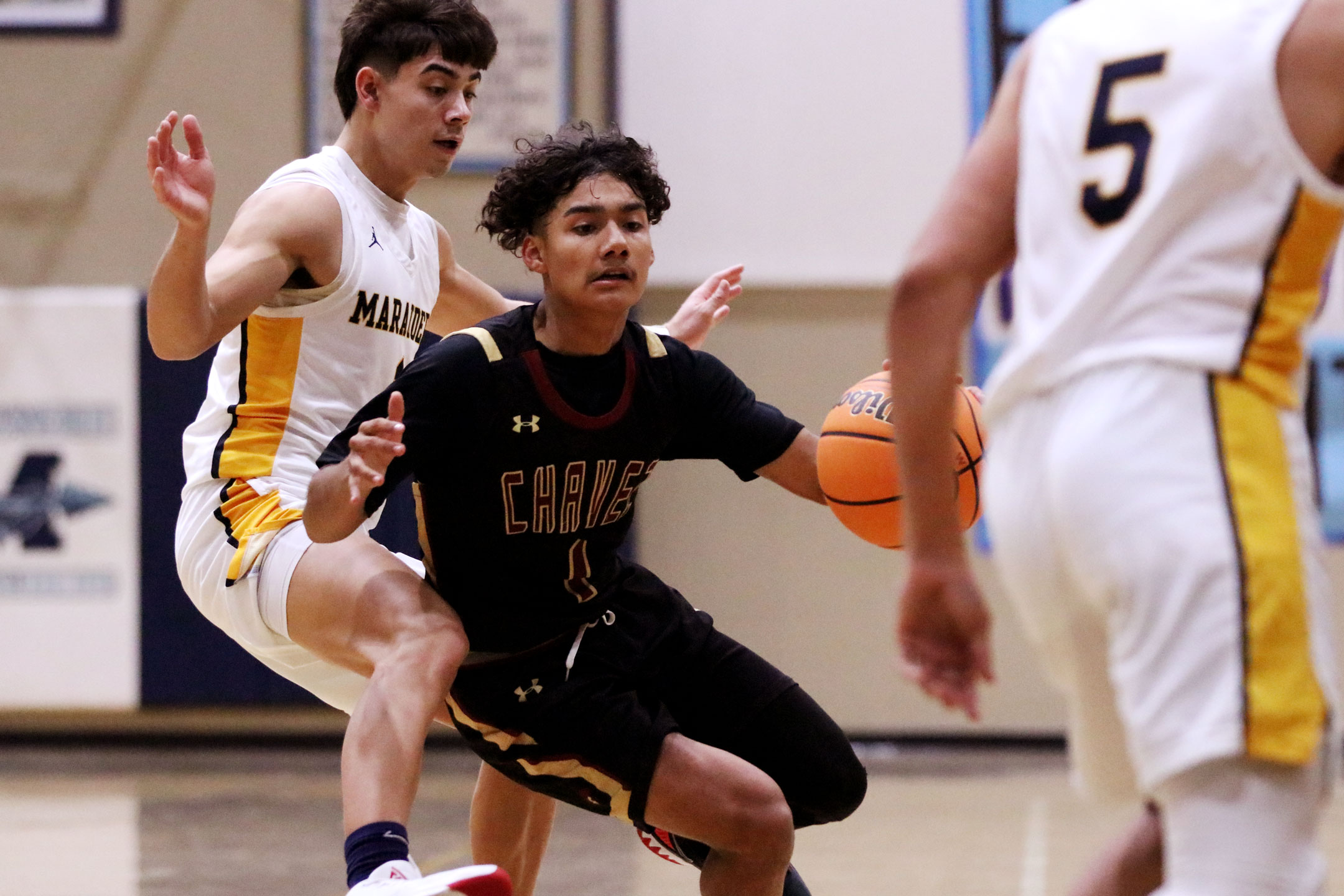 A Chavez Titan works to get around a Monache Marauder to push the ball up the court during a road victory. Photo by Claire Livingston

“I thought he carried us in the first half,” Guzman said. “He played a great game overall.”

The Titans struggled at the end of the game and Guzman admitted they have to work on finishing games strong. They’ll have their next chance when they travel to play the West High School Vikings in Bakersfield on Dec. 5.

The Marauders were getting back on their feet after a ten day break. They also had a few players rejoin them after being out sick. Senior Brandon Garcia was averaging 22 points per game before becoming ill and having to take some days off. According to St. Clair, it took him the first half to get his legs under him and he played much better in the second half. Ojeda, Baxter, Khaldoon Sarwar and Joseph Espinoza are all also players to watch this upcoming season.

“Based on our first three games [before this one] we put up a lot of points so far,” St. Clair said. “And we have a variety of guys who can score.”

The Marauders will face Ridgeview High School at home on Nov. 30.