PORTERVILLE – The Porterville Panthers shut out the Lindsay Cardinals 3-0 at home for their first win of the season.

“I’m happy with our performance,” Porterville head coach Eddie Gutierrez said. “This is our first time we got to play at home. [The field] is kind of an advantage to us.”

Though Gutierrez described the field at Porterville as “terrible,” the grass actually was an advantage against the Cardinals, because the home field at Lindsay is turf, so the players don’t usually practice on grass like the Panthers do. The ball rolls differently on a grass field versus a turf field, so players used to the uneven grass field have an advantage in knowing the nuances of the field itself and how the ball may roll. 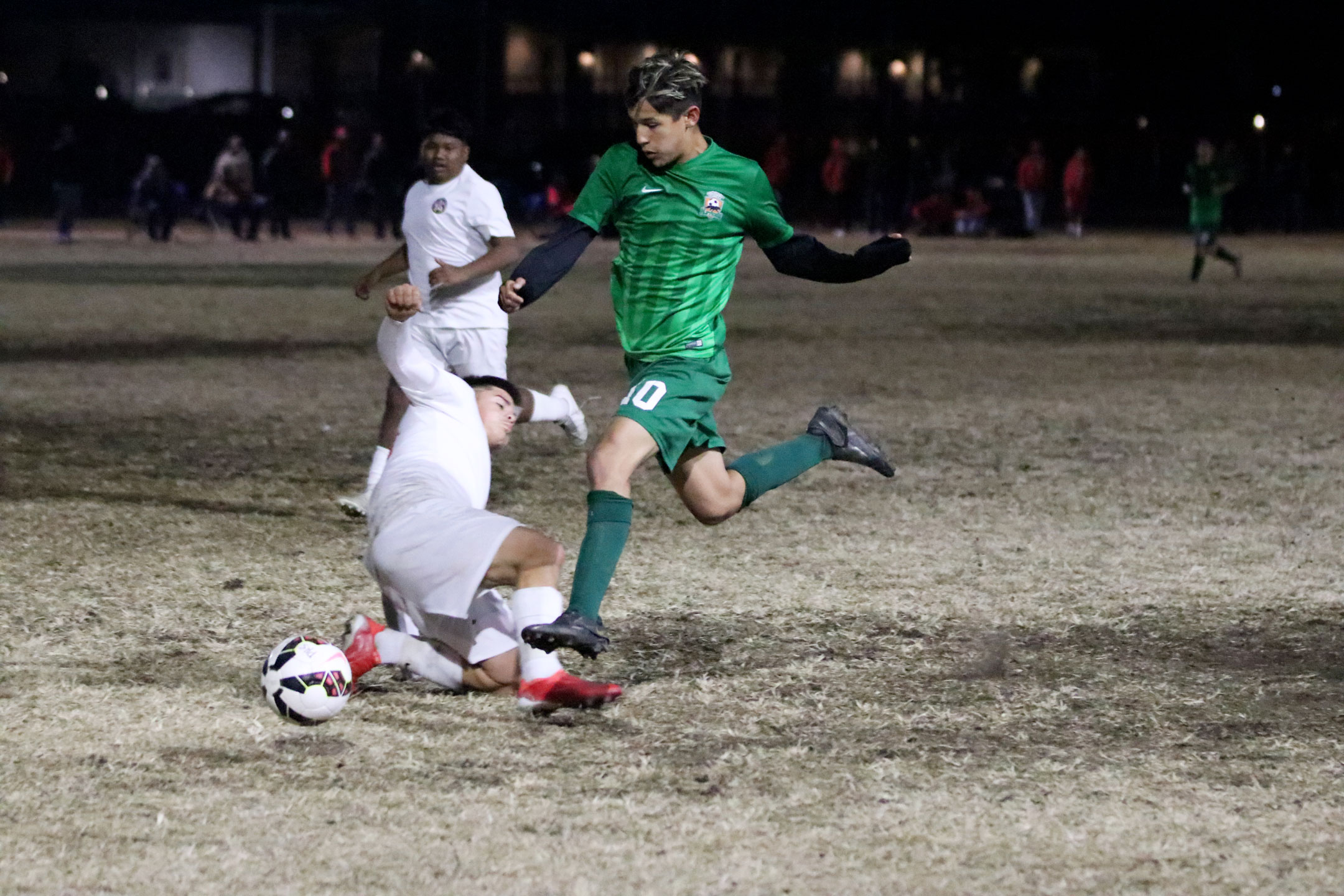 A Porterville Panther avoids a slide tackle while dribbling the ball down the field on their home field.Photo by Claire Livingston

“We’re just so accustomed to the turf field and the way the ball rolls,” Lindsay head coach Tony Godoy said. “It’s always a struggle of Lindsay’s for sure. When we play away in the grass it’s just a completely different team.”

The Panthers’ defense were able to show off their footwork against the Cardinals, generally keeping the ball in Lindsay’s zone throughout most of the game. Porterville defenders displayed impressive footwork and communication throughout the game, stealing the ball right out from under Lindsay’s forwards and sending it back upfield. Whenever the Cardinals did manage to get it near the goal, Porterville’s goalkeeper, Alvaro Morfin, was there to stop them.

“We had been playing good defense,” Gutierrez said. “[In previous games] we gave up some kind of weak goals, a couple of mistakes by the goalkeeper, but my goalkeeper did really well tonight. He redeemed himself.” 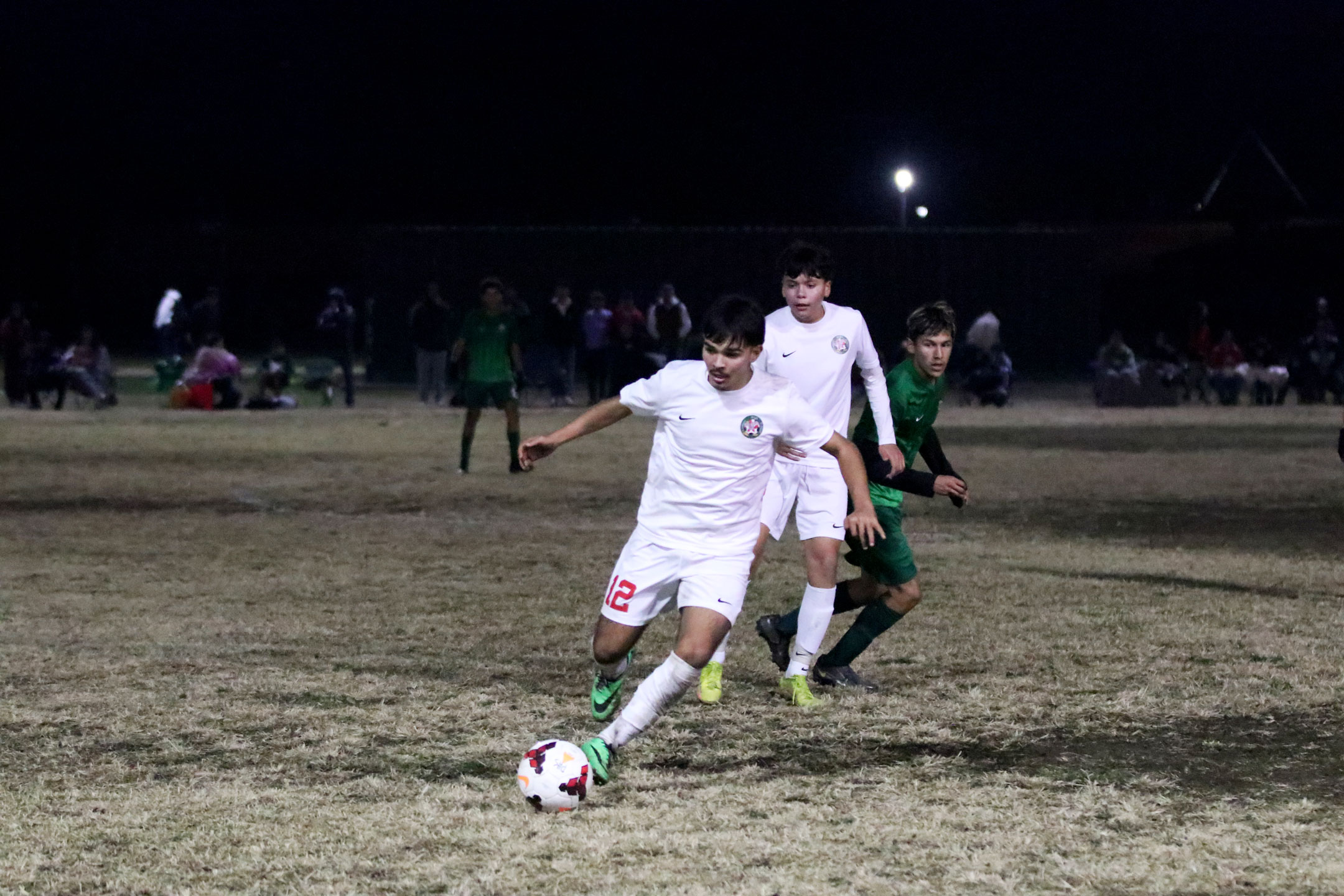 A Lindsay Cardinal takes the ball down the field to try and cut a 3-0 deficit against the Porterville Panthers. Lindsay's coaching staff said playing on grass has made it more difficult for their team.Photo by Claire Livingston

As well as playing excellent defense, the Panthers played aggressively on offense, putting pressure on Lindsay’s goalkeeper until he made mistakes. Three different players scored goals. Ricardo Rangel, Jay Ibarra and Justin Gill all recorded goals for the Panthers.

“Of the starting eleven there are seven sophomores,” Gutierrez said. “So it’s a very young team.”

The Panthers will be looking to gain more experience before league play during the Mira Monte Tourney on Dec. 1.

“First shut out of the season but it’s no time to panic,” Godoy said. “We have a solid team so I’m not worried at all. These kind of bumps happen throughout the season.”

The Cardinals will return home to face the Mission Oak Hawks on Dec. 6.