TULARE – The Hanford West Huskies defeated the Mission Oak Hawks 73-54 for their first win on the road this season.

With the end of football playoffs, the Huskies got several of their players on the court for the first time this season. They had no trouble beating the younger and less experienced Mission Oak team with a full roster on the court. The Huskies also brought height to the table, with multiple players over 6 feet 2 inches tall. In comparison, the Hawks have a lot of smaller players that are great ball handlers.

“I think we played well but we can play better,” Hanford West head coach Mel Parker said. “That team right there, Mission Oak, worked really hard. They made us work a little harder.”

The Huskies kept up a 20 point lead for most of the game, but that didn’t mean that either team slowed down. It was a fast-paced, physical game from beginning to end. Although Hanford West was dominant in both size and points, the Hawks hustled, kept up and played well throughout the game. 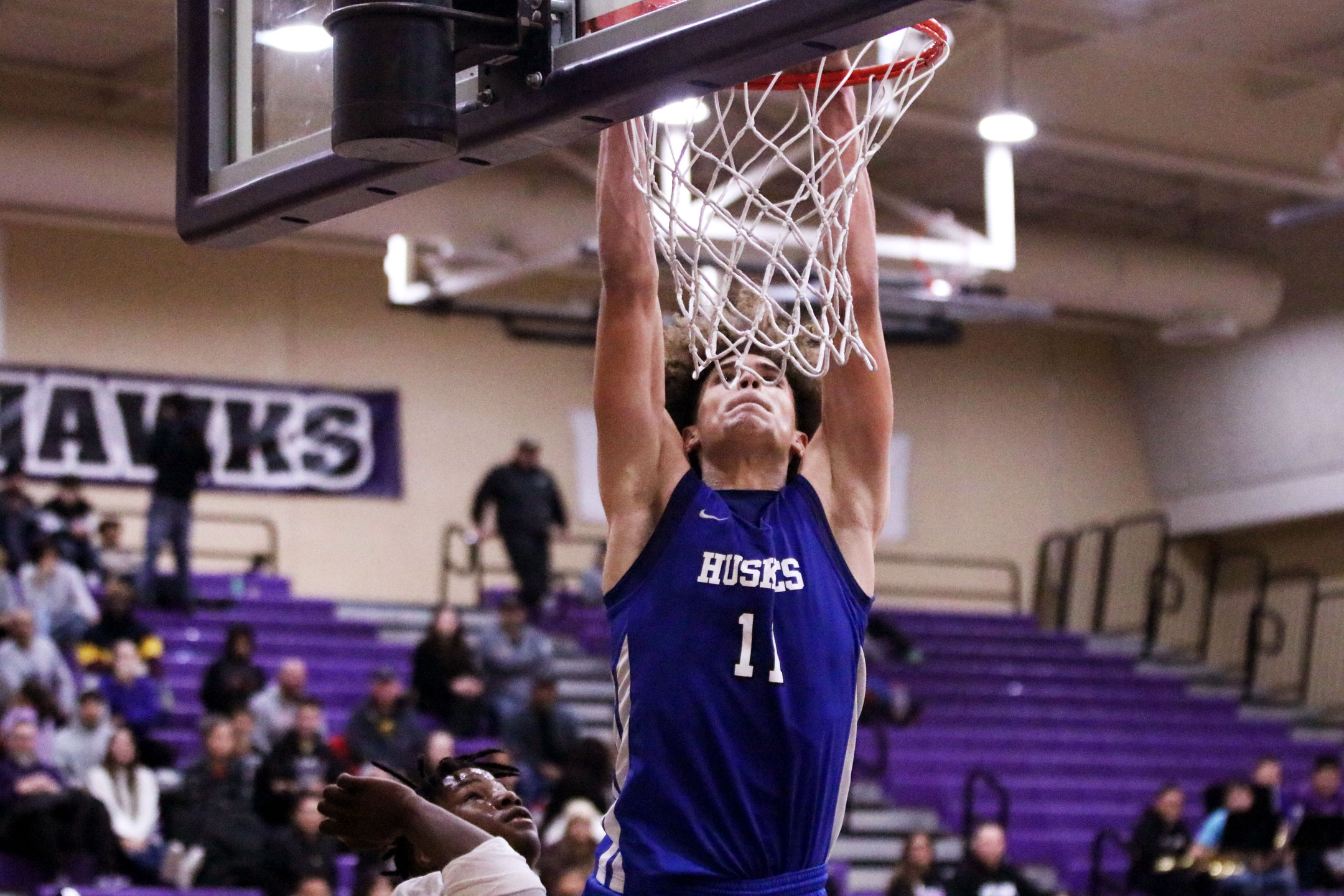 One of the most noticeable players on the court was senior Jaden Haire, who towered over most of the Hawks’ players at 6’6. If he got open in the paint, he would inevitably put the ball in the net, which posed a challenge for the Hawks. But tall players weren’t all Mission Oak had to contend with.

Senior Oryin Turner played at point guard for the Huskies and he brought speed and direction to the Huskies’ offense. Under his direction, the Huskies were organized and able to move the ball through Mission Oak’s defense. He’s also the running back for the football team. Hanford West’s football team was in the playoffs until Nov. 25, so Turner wasn’t practicing or playing with the basketball team.

“Our little short guy, our ball handler, that’s what we were really missing,” Parker said. 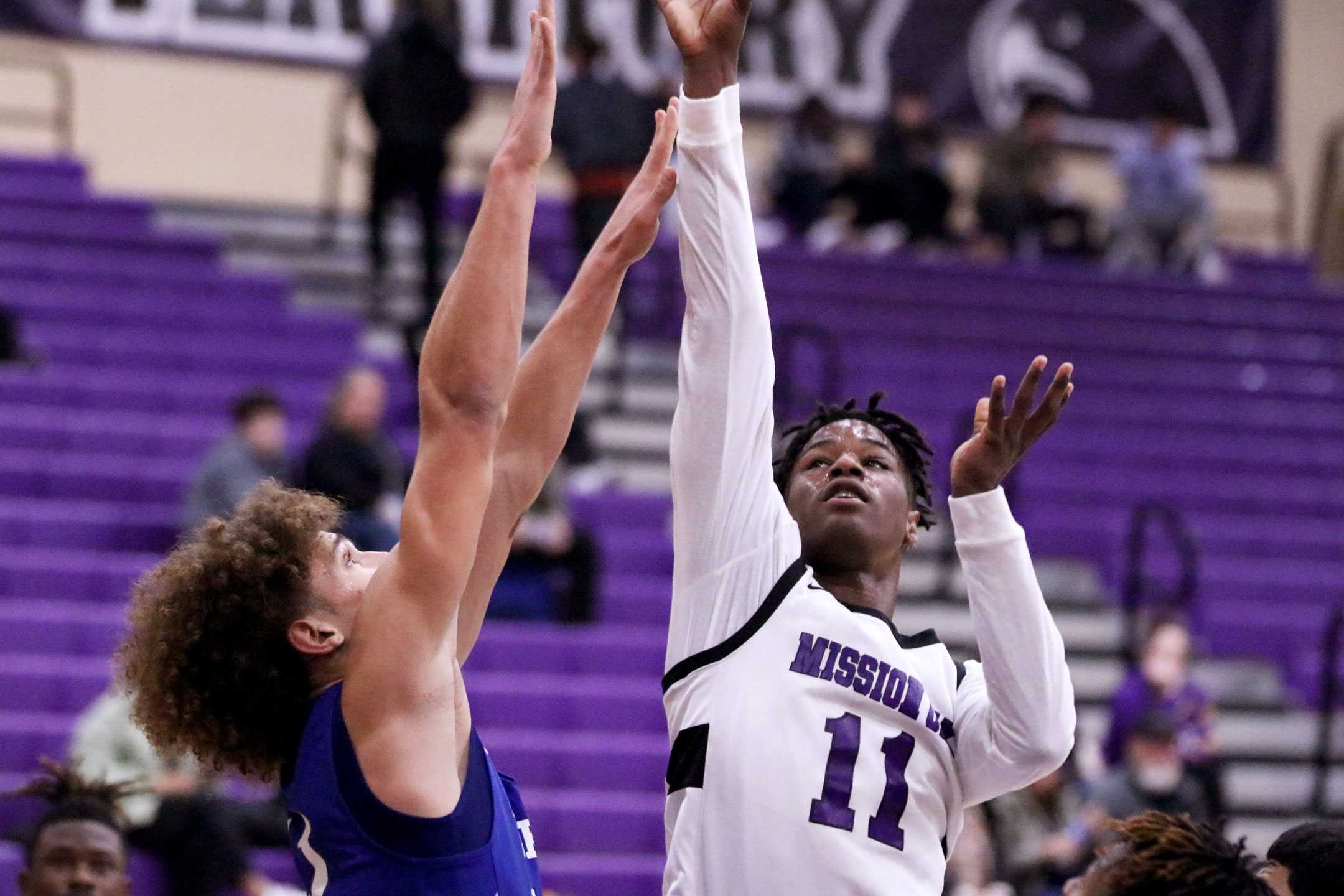 “[Jackson is] a phenomenal athlete,” Mission Oak head coach Joel Chavez said. “He’s probably going to be one of the best basketball players to come out of Mission Oak High School.”

Sophomore Malakai Rodriguez was one of the smaller players on the court, but he had some of the best ball-handling skills and he’s fast. He cut through Hanford West’s defense to put up a lot of points for the Hawks. Also essential to the Hawks was Daniel Gonzalez, for his leadership and direction of both the offense and defense. He brought intensity throughout the game.

“They’re young and kind of learning to play together,” Chavez said. “Then acknowledging the fact that I have a lot of guards and not a lot of big guys makes it tough for us when we face some big boys, but we probably had our best game today.”

The Hawks face Redwood on Dec. 6, which will be another big game for them, but they’re taking it one game at a time as they gain experience and prepare for the season.

The Huskies have a tough schedule ahead of them, but their next opponent will be the Edison Tigers on Dec. 3.