VISALIA – The Mission Oak Hawks win their fifth game in a row against the Redwood Rangers. The final score was 54-24.

The Mission Oak Hawks have been on a hot streak since losing their first game to El Diamante on Nov. 15. They’ve won the five games since, most recently beating the Redwood Rangers 54-24. At halftime, the Hawks were the better team offensively, putting up 29 points while the Rangers only had ten. Even though the Rangers put up a few more points in the second half, the Hawks were uncatchable.

Despite Caetano’s analysis, the Hawks’ 5-1 record would argue that it only took them two games to come together. Since their loss to El Diamante in their first game, they’ve beaten every team on their schedule, with the closest one being a 40-39 win over Hanford West on Dec. 1. 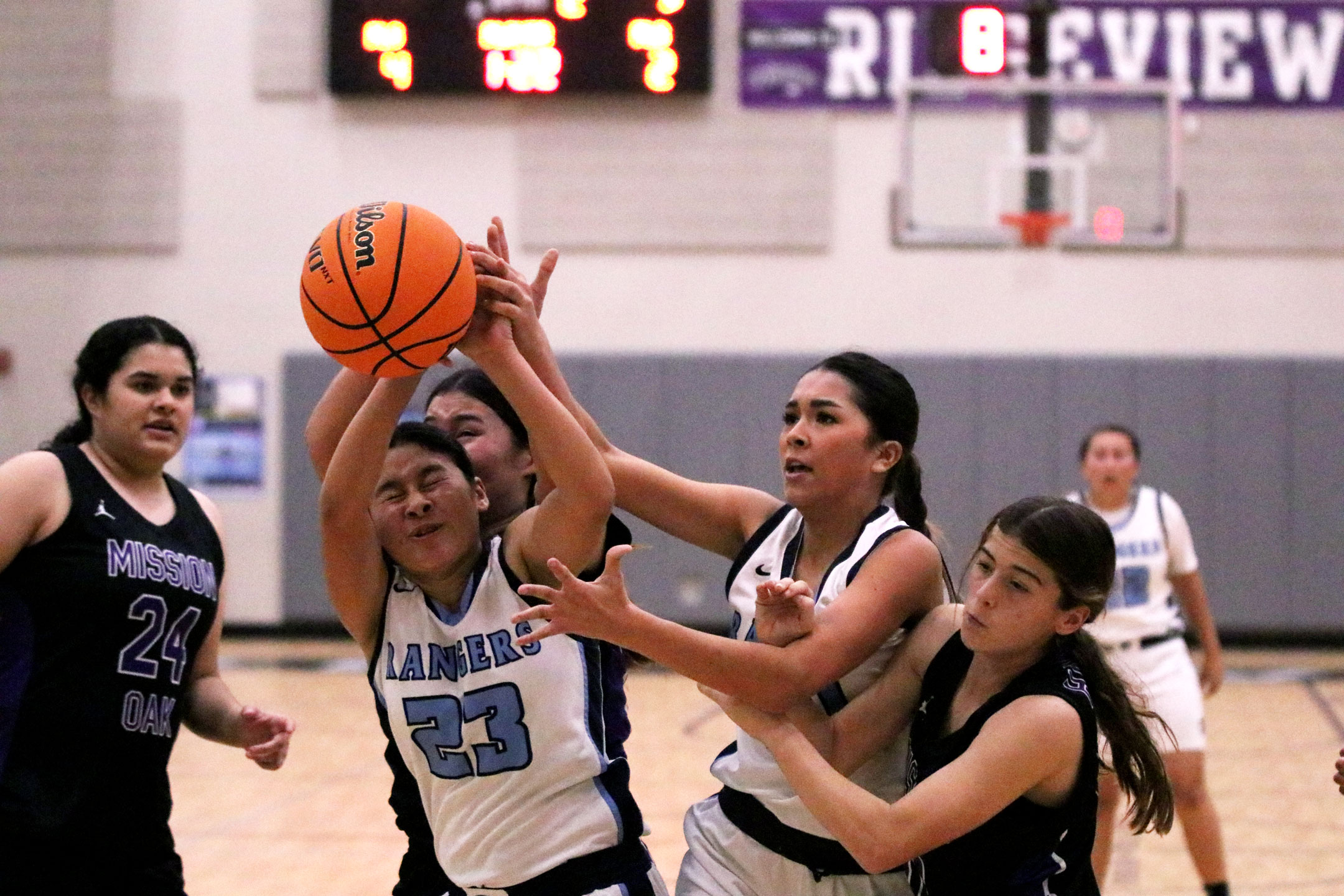 Mission Oak scrambles around Ranger players for a rebound under the basket during a winning effort on Tuesday, Dec. 6. Photo by Claire Livingston

The Hawks were a strong team on offense, making most of their shots and keeping their ball handling clean. In contrast, the Rangers fumbled a lot of their passes and missed several shots. According to the stats sheet, the Rangers missed 24 layups throughout the game. They had as many chances as the Hawks, they just failed to capitalize on them.

“I told the team early in the year if we can make layups and we can make free throws, we’ll be pretty good,” Redwood head coach Gary Hylton said. 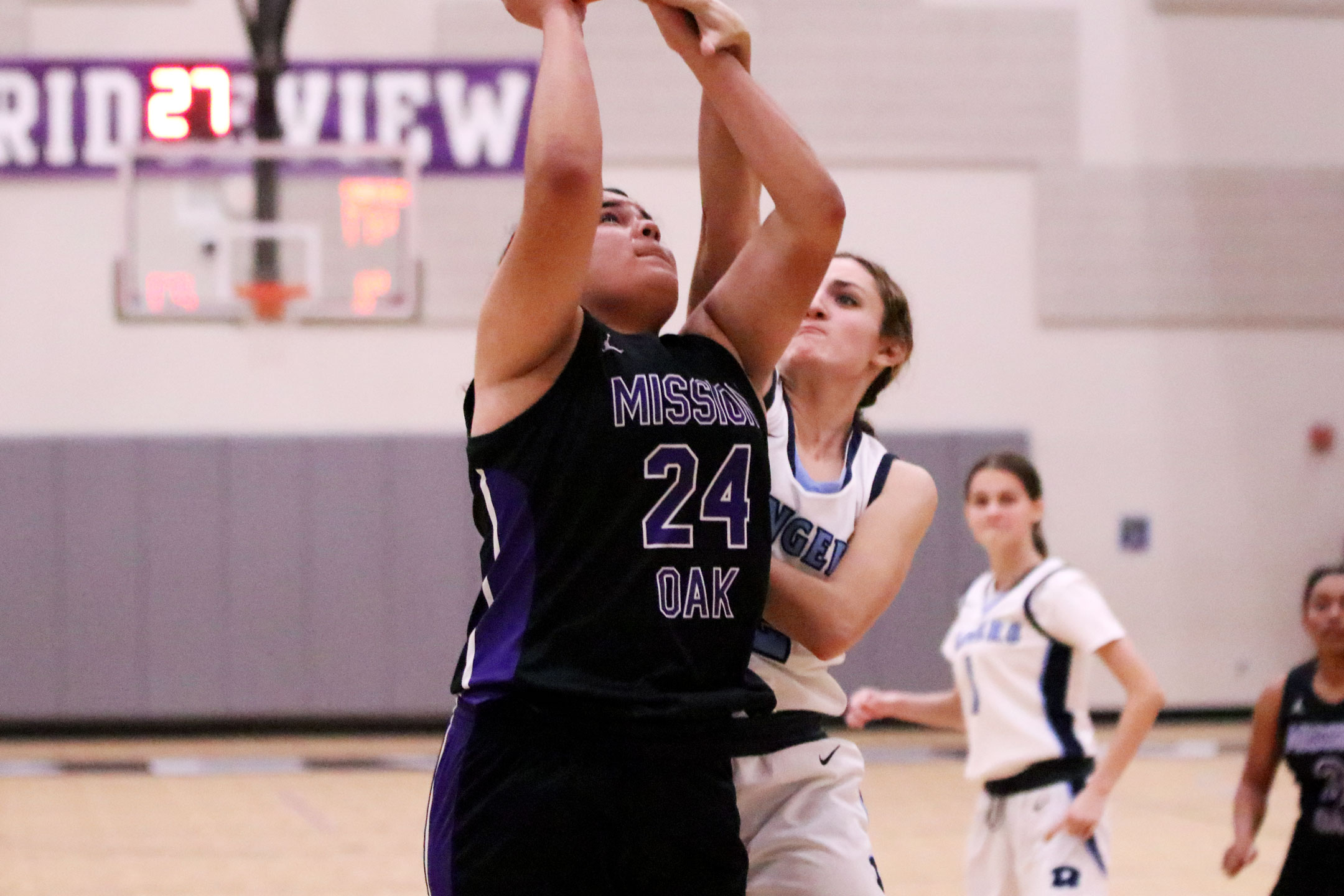 Mission Oak's Isabella Zepeda fights through a foul while fighting for a lay up. Photo by Claire Livingston

Though they struggled on offense, Redwood had a pretty strong defense throughout the game. They had a burst of energy in the second half, putting a stronger press on the Hawks’ offense and knocking the ball out of Mission Oak’s hands without committing many fouls.

Redwood only has two returning players from last year, so they’re working on getting their chemistry together. Their next challenge will be the Strathmore Tournament beginning on Dec. 8.

Mission Oak had struggled with injuries and sickness earlier in the season. Some players are still out, but they’re playing well despite starters missing a few games. But the absences are occurring during non-league play will allow non-starters to get some court experience.

The Hawks will face the Porterville Panthers at home on Dec. 8.