GIRLS SOCCER: Rangers kick off the season with a win

The Rangers started the game with a goal just two minutes in. They put pressure on the Mustangs on offense throughout and their defense rarely allowed the Mustangs to set up for shots on goal. Any shots the Mustangs did make on goal, except for one early in the second half, were quickly corralled by goalie Olivia Saenz. The Mustangs finished off their win with two more goals as the game clock ticked down.

“It wasn’t a clean game like we wanted going in because you really want to set the tempo for the season moving forward,” Redwood head coach Jason Vieira said. “A lot of things we need to work on, but we’re happy with the result.”

The Rangers started their season a couple weeks later than other teams in the area, who have been playing since before Thanksgiving, but it didn’t set them back. Many of their players play club soccer in the fall and though they haven’t necessarily prepared with the school team, they’ve been working hard in the offseason. 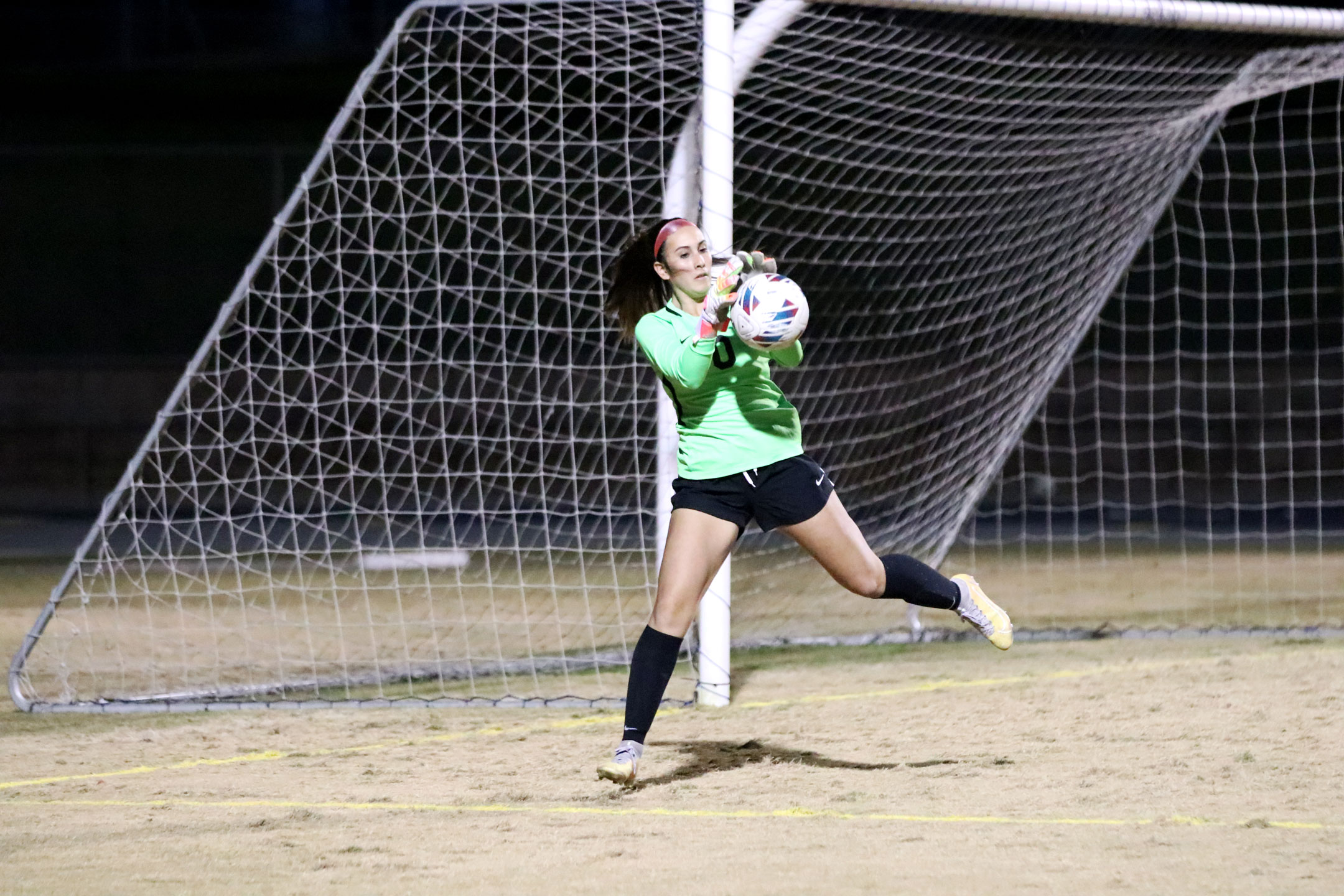 Redwood started off the game quickly with a goal from senior Natalie McDonnell, who scored just two minutes into the game. She finished up the first half with another goal 25 minutes into the game. The Rangers dominated possession of the ball in the first half, with the defense consistently keeping the ball out of Rangers’ territory and putting the pressure on Tulare Western.

In the second half, Tulare Western kicked off a potential comeback with a goal from senior Brynlee Taylor, but that was the only goal Redwood allowed throughout the game. The Mustangs were more aggressive in the second half and kept the Rangers tangled up in the midfield. 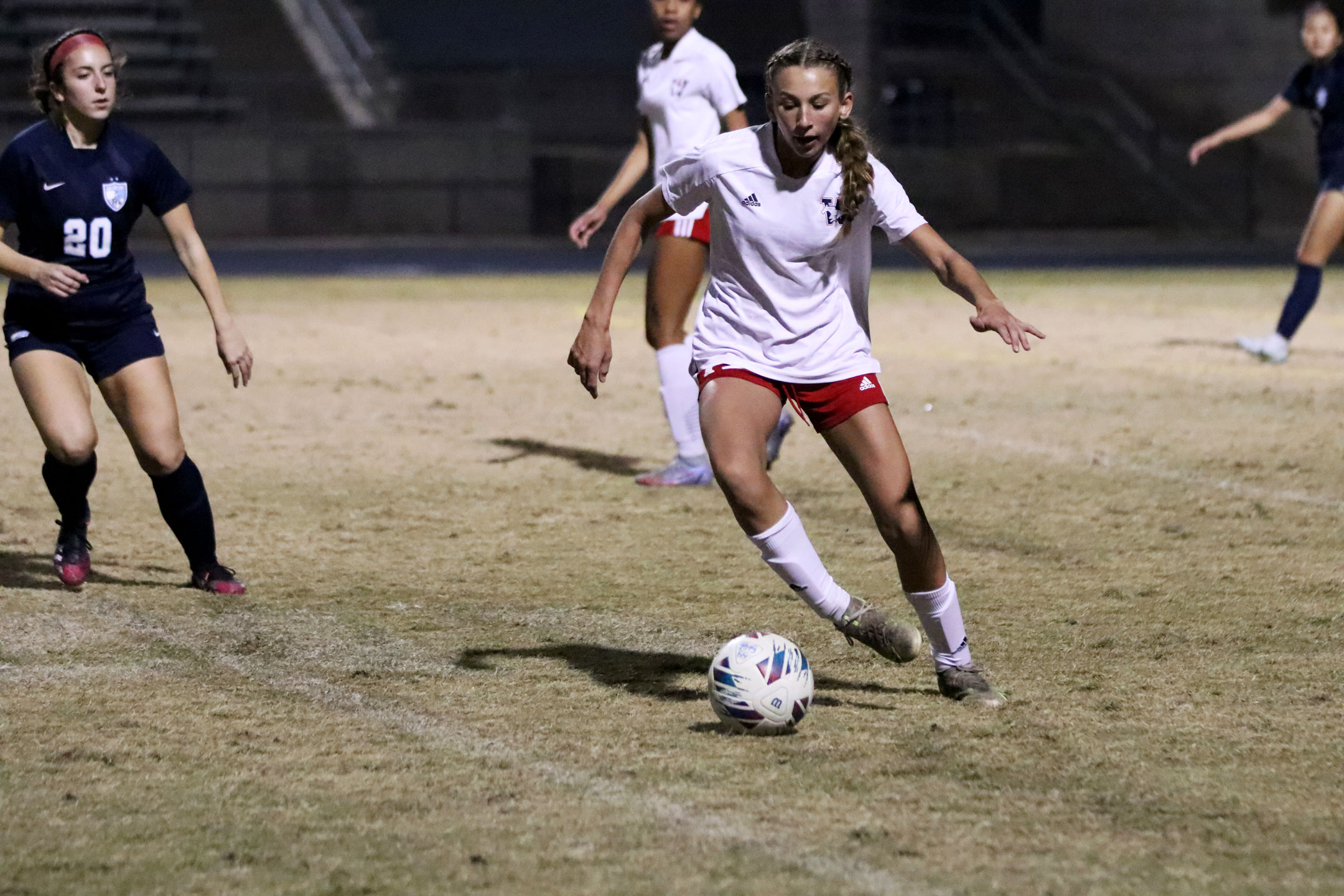 The Mustang's Lauren Starr dribbles down the field against the Redwood defense in a loss to the Rangers. Photo by Claire Livingston

“When you play a team like Redwood, they’re predominantly club players,” Tulare Western head coach Scott Rogers said. “Their sense of urgency and pace of play is at another level, and so we have to match that level of intensity.”

But the Rangers still scored two more goals as the clock ticked down. Junior Roxana Bahr and senior Jocelyn Arellano recorded the third and fourth goals of the game cementing the Rangers first win of the season.

“We have a lot of girls that came back from last year’s team so we have a lot of returners,” Vieira said. “We just have to find the right mix on the field.”

The Redwood Rangers will travel to face Hanford on Dec. 8. The Tulare Western Mustangs will face Kingsburg at home on Dec. 8.