The Redwood boys’ soccer team shut out the Sanger Apaches 3-0 on Wednesday, Dec. 7

SANGER – The Redwood Rangers beat the Sanger Apaches 3-0 for their first shutout in a regular game this season.

The Redwood Rangers traveled to face the Sanger Apaches and brought home a 3-0 shutout after 80 minutes of aggressive play. What started out as a dogfight turned into a phenomenal display of defense by the Redwood defenders and goalie as Sanger attempted to make a comeback in the second half. But with all of Sanger’s pressure on the defense, they let the Ranger offense slip through to score three goals.

“The boys just came out and played tonight,” Redwood head coach Joey Chica said. “There were no tactics, no nothing. They just showed a lot of heart.” 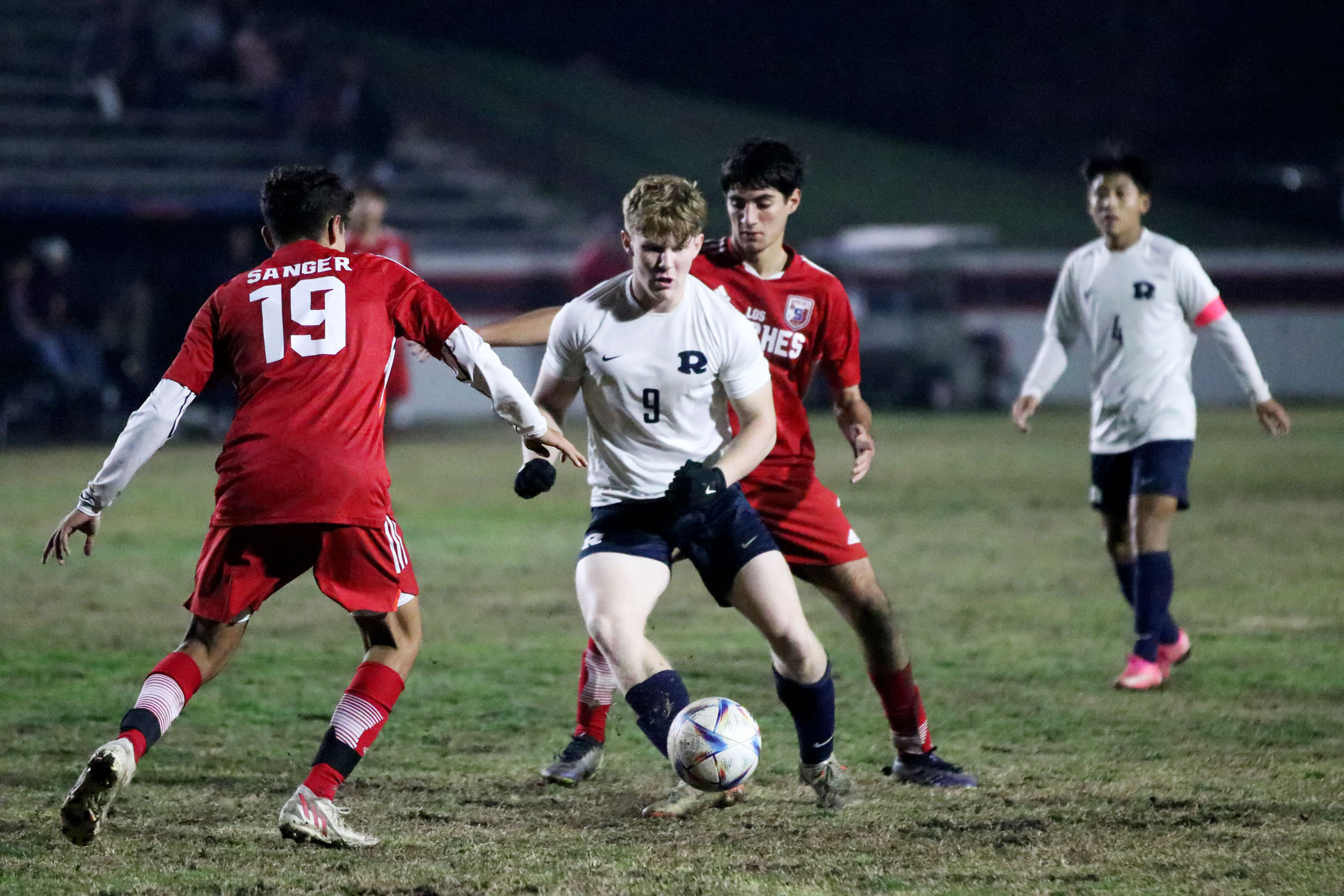 Redwood's Jacob McCullough dribbles the ball between two Sanger defenders. According to Redwood coach Joey Chica McCollough is a player to watch this year. Photo by Claire Livingston

The game started off with aggressive play from both sides. The first goal from Redwood’s Will Kennedy about 15 minutes into the game finally settled the ball down and Redwood was able to put offensive pressure on Sanger. The game was less tangled up in the midfield and more back and forth between the offensive zones. At halftime, Redwood was up 1-0.

“I think [that goal] kind of let the air out of the game and then the game started to settle down and we started just playing soccer,” Chica said. 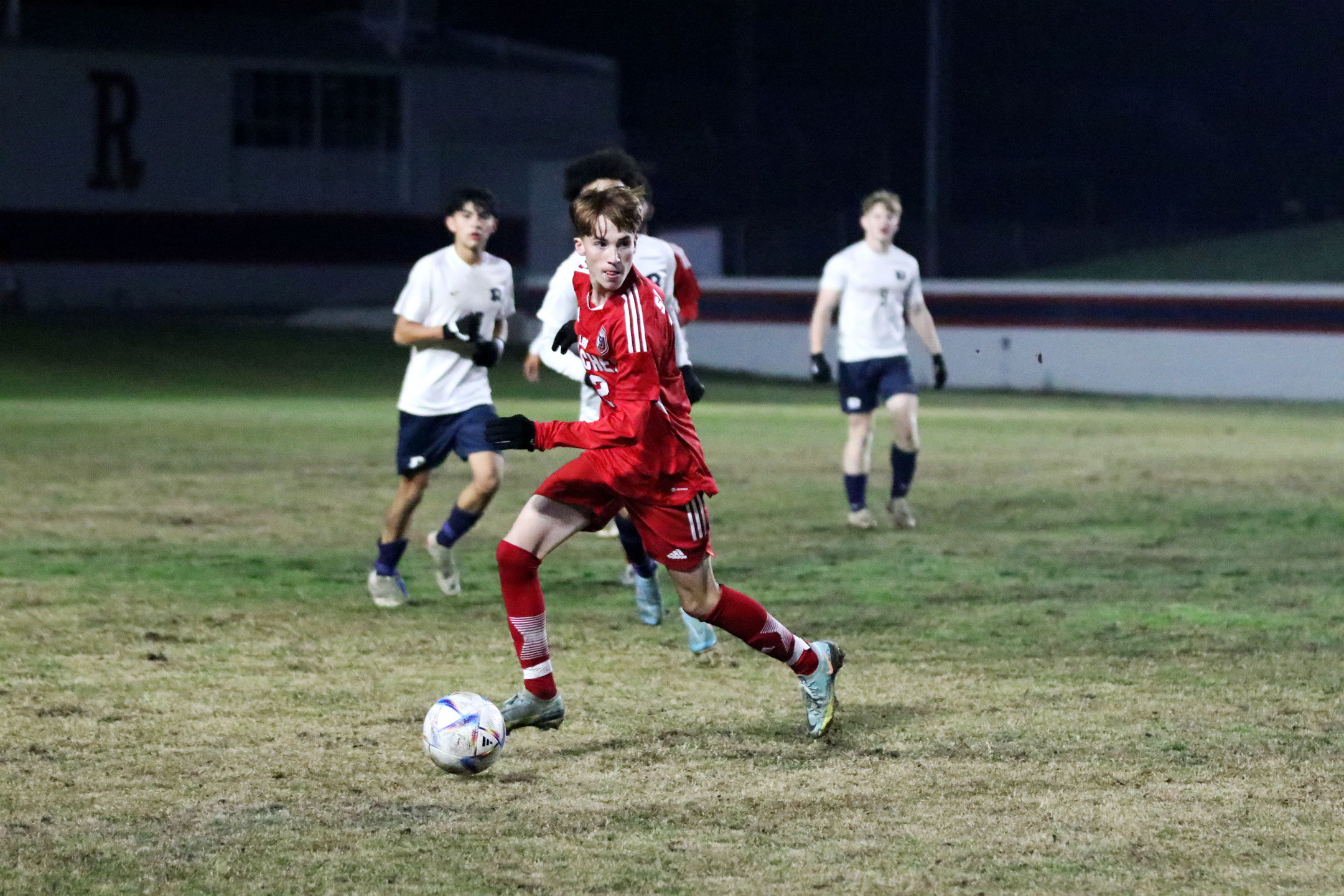 Sanger's Nash Higby dribbles the ball down the field looking for a shot at the goal. Photo by Claire Livingston

With the game focused in Redwood’s zone, when the team was able to get the ball out to forward Jacob McCullough, he had little trouble making his way downfield for Redwood’s third goal to seal the win for the Rangers. McCullough and Kennedy are both experienced players who are ones to watch this year according to Chica.

“We’ve been kind of struggling defensively throughout the year,” Chica said. “But it just shows that if they do what they’re told they can defend as a team and get shutouts.”

The Rangers shut out Sierra Pacific during a tournament on Dec. 2, but this is their first shutout in a regular game. After a 2-2 tie to Tulare Western on Dec. 6 during a game that was cut short due to lightning, the shutout at an away game boosted the Rangers’ confidence as they head further into the season.

They will play away again at Santa Maria on Dec. 10.