PORTERVILLE – The Monache Marauders 55-48 victory over the Mission Prep Royals marks their seventh straight victory. The Marauders remain undefeated so far this season.

Despite falling behind in the second and third quarters, the Marauders were determined not to break their winning streak. In the third quarter, they caught up and tied the score at 30, but Mission Prep pulled ahead again. The Marauders were down by three at the start of the fourth, but they fought hard and pulled off a 54-48 victory.

“I thought we played well and showed a lot of toughness tonight,” Monache head coach Jonathon Bartlett said. “They had no choice. They better want it.”

It was a close game between Monache and Mission Prep. Until the fourth quarter, the score was within two or three points for the entire game. The Marauders were up first, but in the second and third quarter they faltered some. The Marauders were missing valuable rebounds and layups that should have put them far ahead of the Royals. 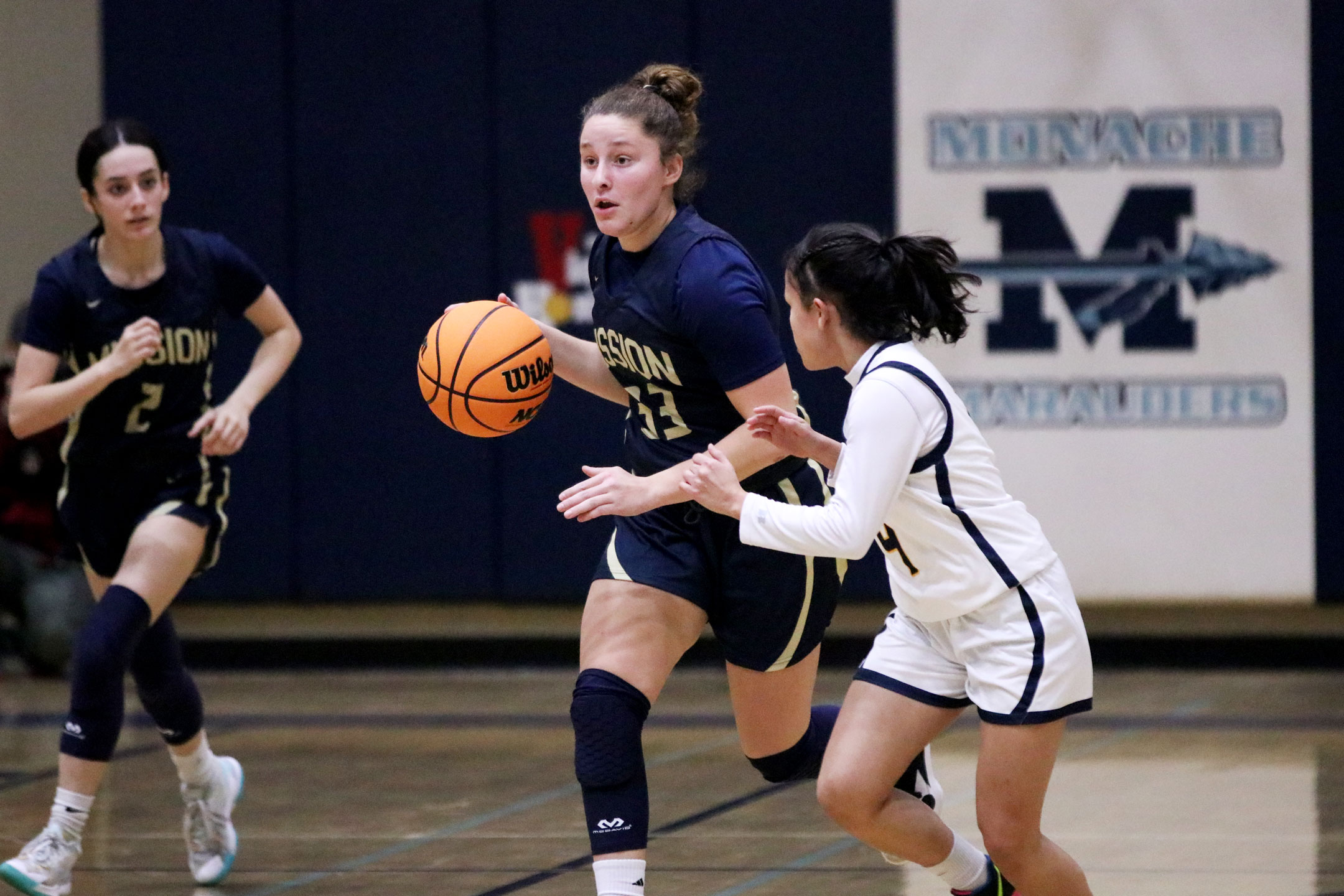 Mission Prep's Emily Horzen dribbles across the court against the undefeated Marauders.Photo by Claire Livingston

Though the Marauders are a young team, composed of five freshmen, four sophomores and only two seniors, they’ve gone undefeated so far this season. With the exception of this game, they’ve won by at least 20 points in every game so far. What they lack in experience, they make up for in grit and determination, driving at the net on offense and pressing hard on defense.

One of the team’s leaders is junior point guard Alisha Verdejo, who commanded control of the ball and the court throughout the game. At the end, when the Marauders needed to take control of the scoreboard, she had three steals for breakaways within one minute. Her drive helped turn the course of the game in favor of Monache.

While the Marauders gained momentum in the fourth quarter, the Royals seemed to slow down. They gave the Marauders more opportunities at the net and at the same time didn’t make as many layups or get as many rebounds as they had earlier in the game, which cost them points. 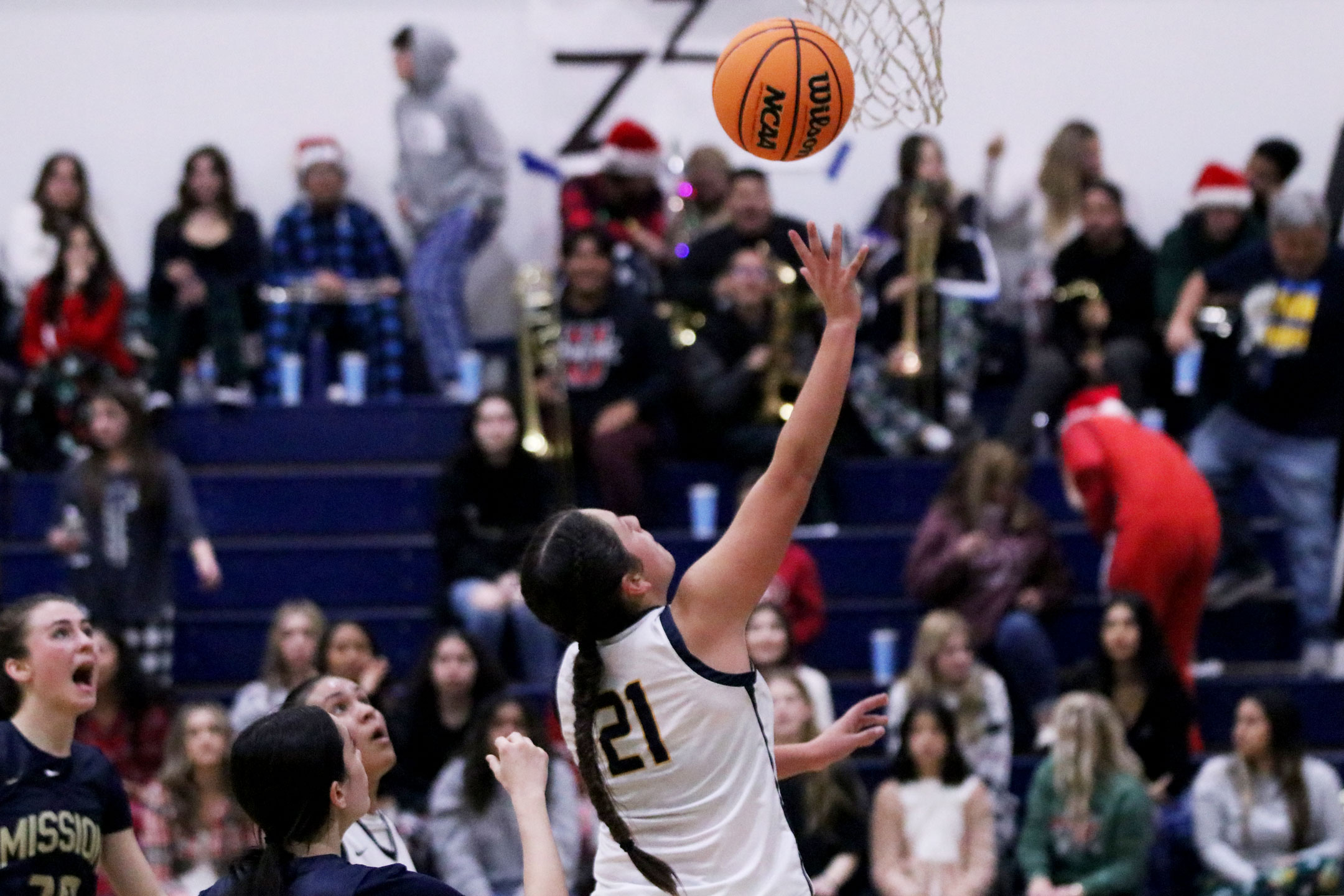 “They gave a good effort for most of the game,” Mission Prep head coach Keitra Wallace said. “I think we got a little frazzled at the end. We’re focusing on competing from minute one to the last minute of the game, no matter what that looks like.”

Perhaps part of what frazzled the Royals was the overwhelming noise coming from all sides of the gym, packed with Marauders fans who came to cheer for their undefeated girls’ basketball team. As the team came back from behind, the crowd only became more excited for every opportunity. Even though the Marauders were ahead for the final four minutes of the game, the crowd stayed animated to keep the team going.

“I’ve got 13 kids and they all can play,” Bartlett said. “They will all get in the game, so you need to come watch all of them.”

The next opportunity to watch the Marauders play will be at home on Dec. 12 when they take on Bakersfield Christian.