TULARE – The Tulare Union Tribe took home their seventh victory this season with a 1-0 shutout over the Golden West Trailblazers.

The Tribe came out strong in the first half, putting offensive pressure on the Trailblazers while scarcely allowing them to move past the midfield. It seemed as if it would be a scoreless first half, but senior captain Mia Ramirez managed to put one past Golden West’s goalie within a minute of the whistle. Though the Trailblazers’ offense was able to set up and get a few shots in the second half, the score remained 1-0 in favor of The Tribe.

“Well today they played great. During the whole season, up to now, we’ve just been up and down,” Tulare Union head coach Tony Fernandes said. “I have a really young team.”

The game against Golden West was one of the ups for the Tribe. They put the pressure on the Trailblazers from the first whistle. The Trailblazers’ defense was slow to keep up with the Tribe’s offense, putting a lot of pressure on Golden West’s goalie. But for most of the half, the Tribe was unlucky, mostly missing their shots, except for the shot right before the whistle when Ramirez managed to get the ball past the goalie. 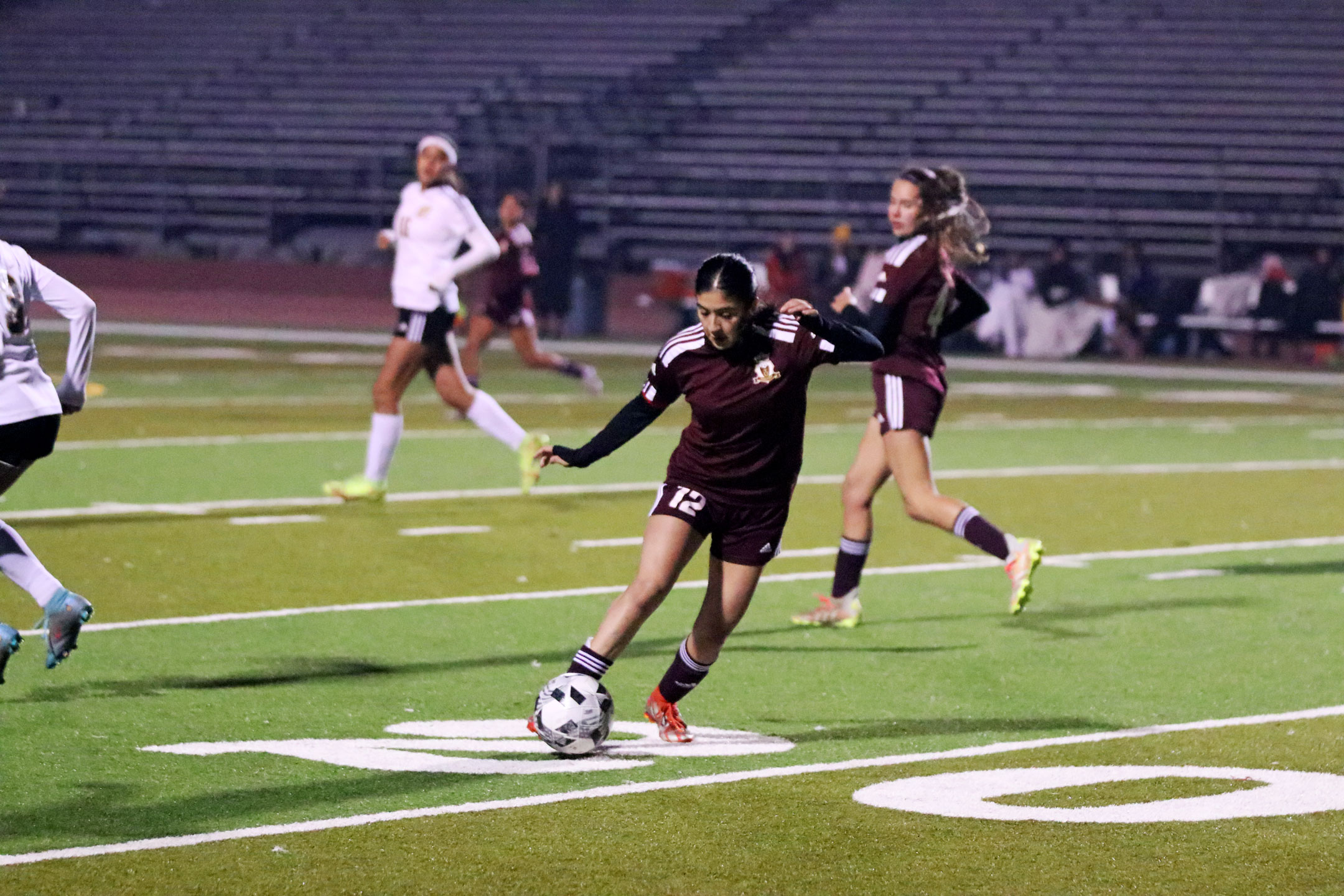 In the second half, the Trailblazers came back with renewed energy. They put offensive pressure on Tulare Union and worked hard to come back, but couldn’t seem to get the ball past the Tulare Union goalkeeper. Despite playing soccer for the first time this year, freshman goalie Cassandra Castellanoz managed to shut out the Trailblazers and hang on to the 1-0 victory.

“She’s one that listens really good to what we try to tell her,” Fernandes said. “I think she’s going to be a great goalkeeper down the road.”

With this victory, the Tribe is 7-8. They will face two final non-league opponents before league play begins. The first is Central Valley Christian on Dec. 20 and then Redwood after the new year. 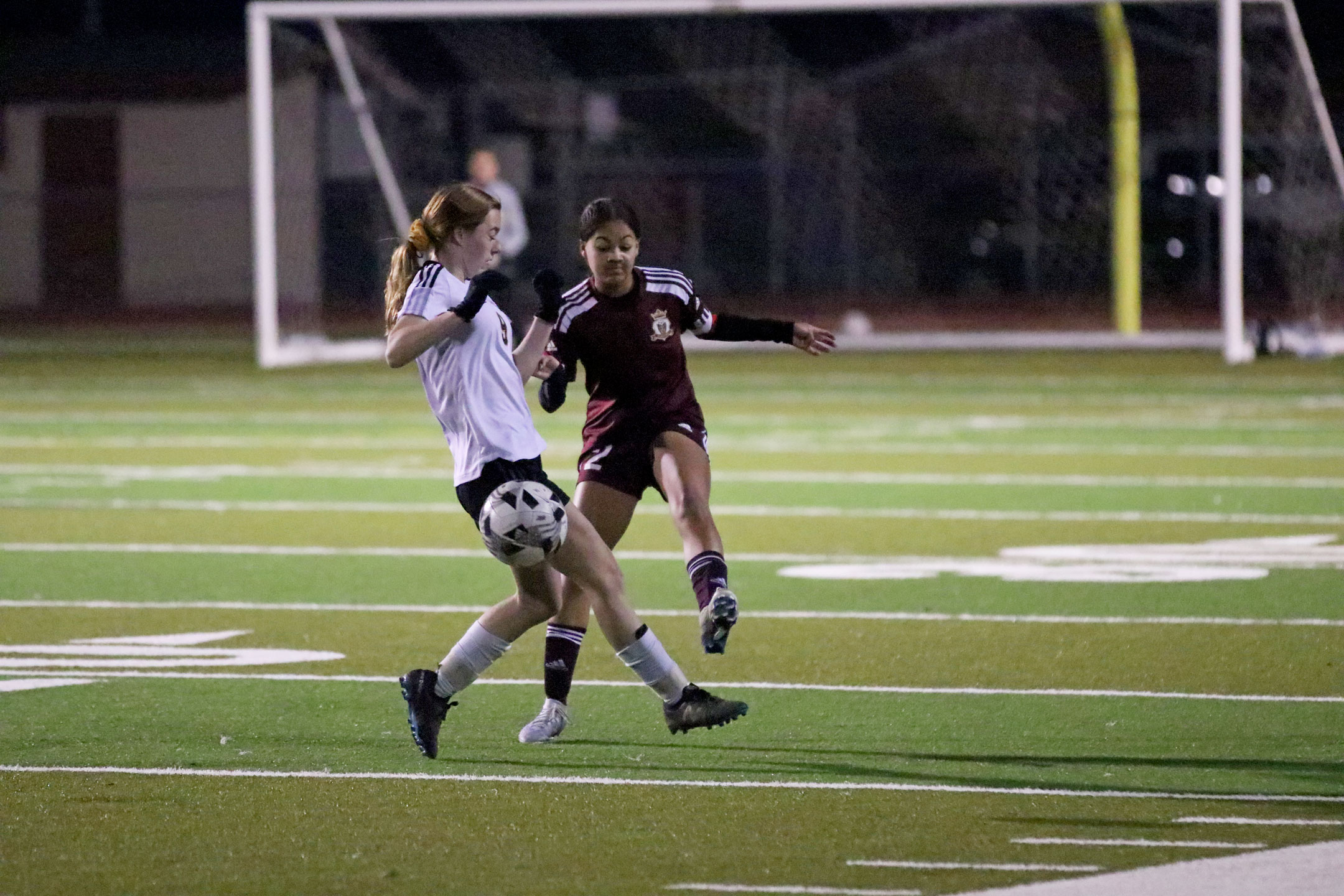 Tulare Union and Golden West players get tangled up battling for the ball. Photo by Claire Livingston

Despite the Trailblazers slow start, they finished the game strong, keeping their speed and aggression up through the end despite not managing to score any points. They put pressure on Tulare Union and made it a more even game after halftime.

“Definitely not our best night,” Golden West head coach Ashley Tenn said. “We’re coming off with a lot of injuries and kind of hit a rut. And we’re looking to pick up where we started.”

The Trailblazers have a record of 6-4 in non-league play so far. They also only have two non-league games remaining, the first of which is also against Central Valley Christian, but not until Jan. 4.