The El Diamante Miners defeat the Mt. Whitney Pioneers for their first win of league play on Tuesday, Jan. 17

After two losses in league play, the Miners finally took home their first league win over the Mt. Whitney Pioneers. The Miners scored six goals while holding the Pioneers to zero throughout the game. Thanks to some impressive work from the defense, the Miners managed to keep the ball in the Mt. Whitney zone for most of the game.

“We did a really good job of holding our own and finding feet quickly and being able to play out of the back,” El Diamante head coach Brooke Kurz said.

The Miners quickly took possession of the ball after kickoff and dominated possession for the rest of the game. Despite some disconnect in previous games, the Miners came together and really showed their hard work and chemistry as a team. 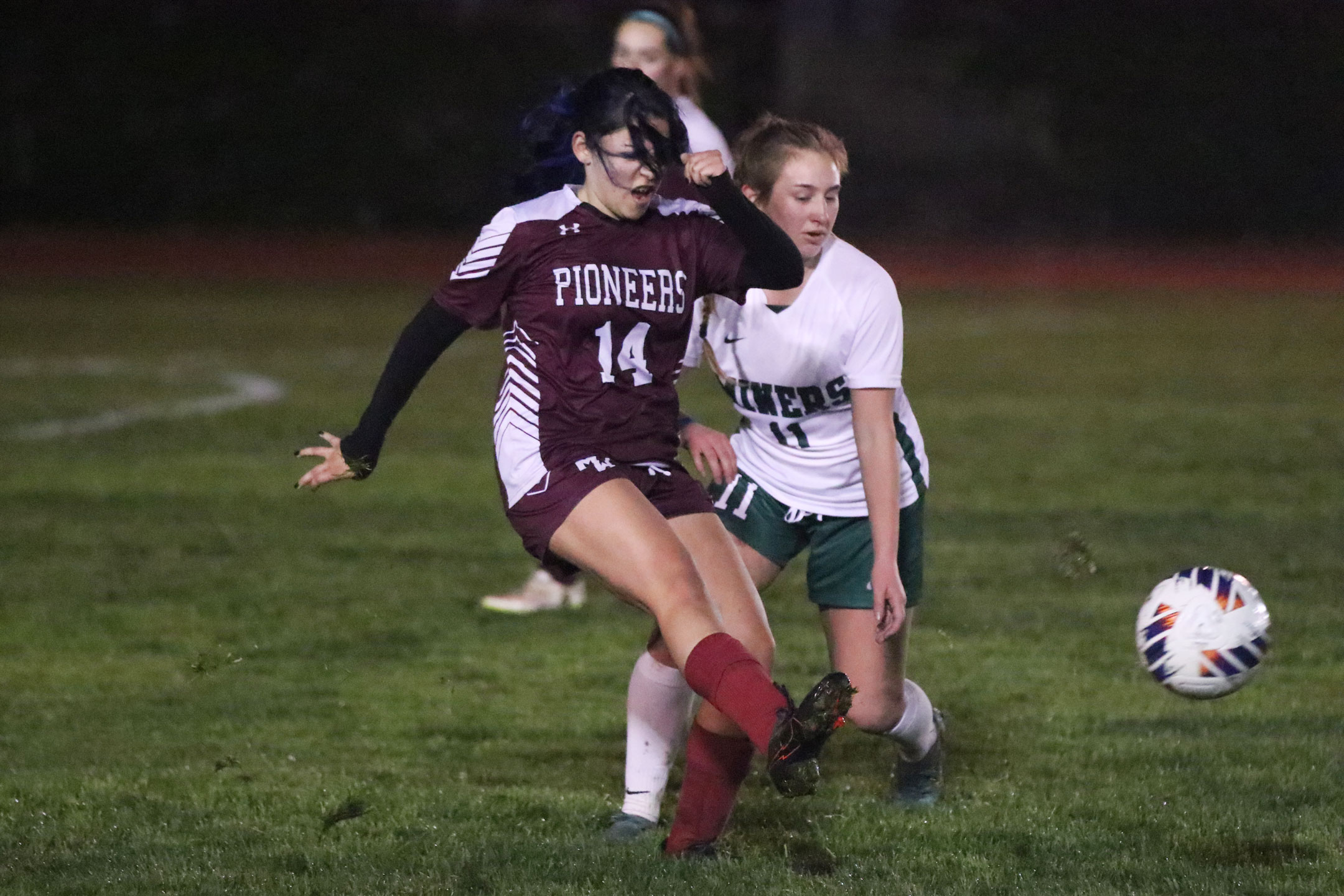 Pioneer Kylie Keller kicks the ball down the field in efforts to avoid Bella Villareal who is close behind. Photo by Claire Livingston

The Miners scored six goals throughout the 80 minutes of play. Freshman Danelle Benitez and sophomore Mikayla Moreno had two goals each while juniors Carmen Gaebe and Madeline Alvarez had one each.

Though the Miners struggled in their first two league games, they came together as a team to win their third and gained their confidence back in the process. Overall, the Miners are 7-7-2. Based on overall records, they’re right behind Redwood and Golden West in the East Yosemite League and have the players and talent to compete with the top teams. 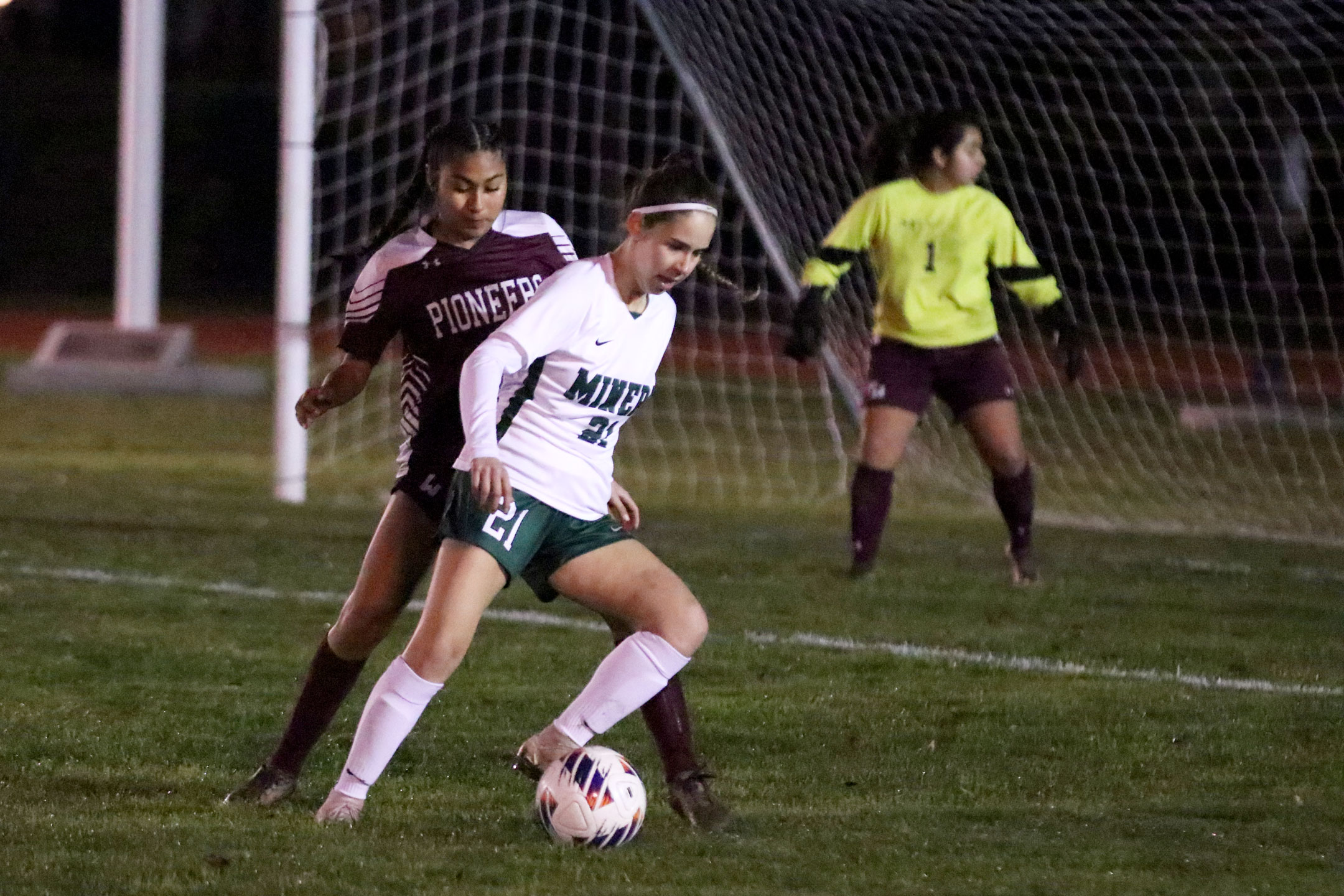 Henessy Madera and Madeline Alvarez battle for the ball near the net. The Miners were able to keep the ball in the Mt. Whitney zone for most of the game. Photo by Claire Livingston

“I think this was the motivation we needed,” Kurz said. “I think we’re kind of getting back in the groove.”

Though they didn’t have to face the Porterville teams, Monache and Porterville, last year, the Miners finished second in the WYL last season. They have a lot of young talent and a good chance of making the playoffs if they can keep up their confidence. Their next opponent will be Porterville at home on Jan. 19.