TULARE – The Mission Oak Hawks win their fourth game in a row against league rival Tulare Union with a score of 35-31.

The Mission Oak Hawks have played four of their five league opponents and managed to take them all down. When they returned home to face hometown rival Tulare Union, some nerves came out and threatened to end their winning streak. Though the Tribe worked hard to make a comeback in the fourth quarter, they weren’t able to take down the Hawks. As for Mission Oak’s head coach Dave Caetano, this fight made for his 201 win.

“We played nervous the entire game,” Caetano said. “I really thought after 20 games we’d settle some of those nerves, but it is a rivalry game.”

While the rivalry brought nerves to the Hawks, it only brought motivation to the Tribe, who have been 0-2 in league play so far. Despite losing all three of their league games so far, each game has been close. They lost to Lemoore by eight points and Hanford by four before facing the Hawks. 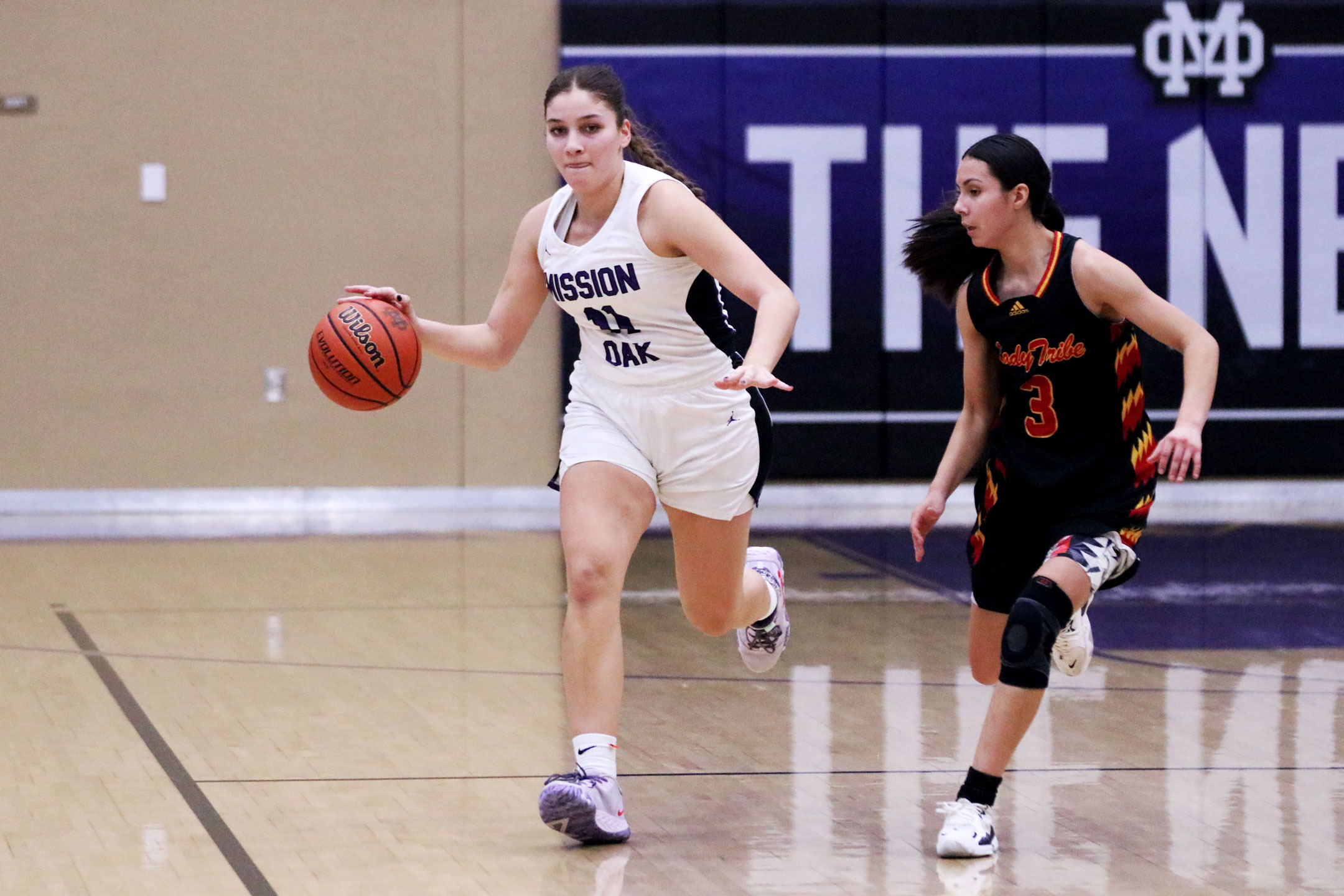 Though the Tribe was down 24-11 at halftime, they came back in the second half determined to make a comeback and topple the top team. The Tribe played a full press defense to hold the Hawks back from scoring while putting heavy pressure on them on offense. The strategy definitely got to the Hawks’ nerves and the Tribe were able to pull within a few points.

“I think we played well,” Tulare Union head coach Monica Diaz said. “We held them to eight points in the second half. Our defense did great. Five plays would’ve changed the outcome of the game.”

Despite the Tribe’s best efforts, the Hawks were able to hold them off from making a comeback. The rivalry win settled Mission Oak firmly at the top of the West Yosemite League standings with an undefeated league record of 4-0. A tough non-league schedule prepared the Hawks well for league play. 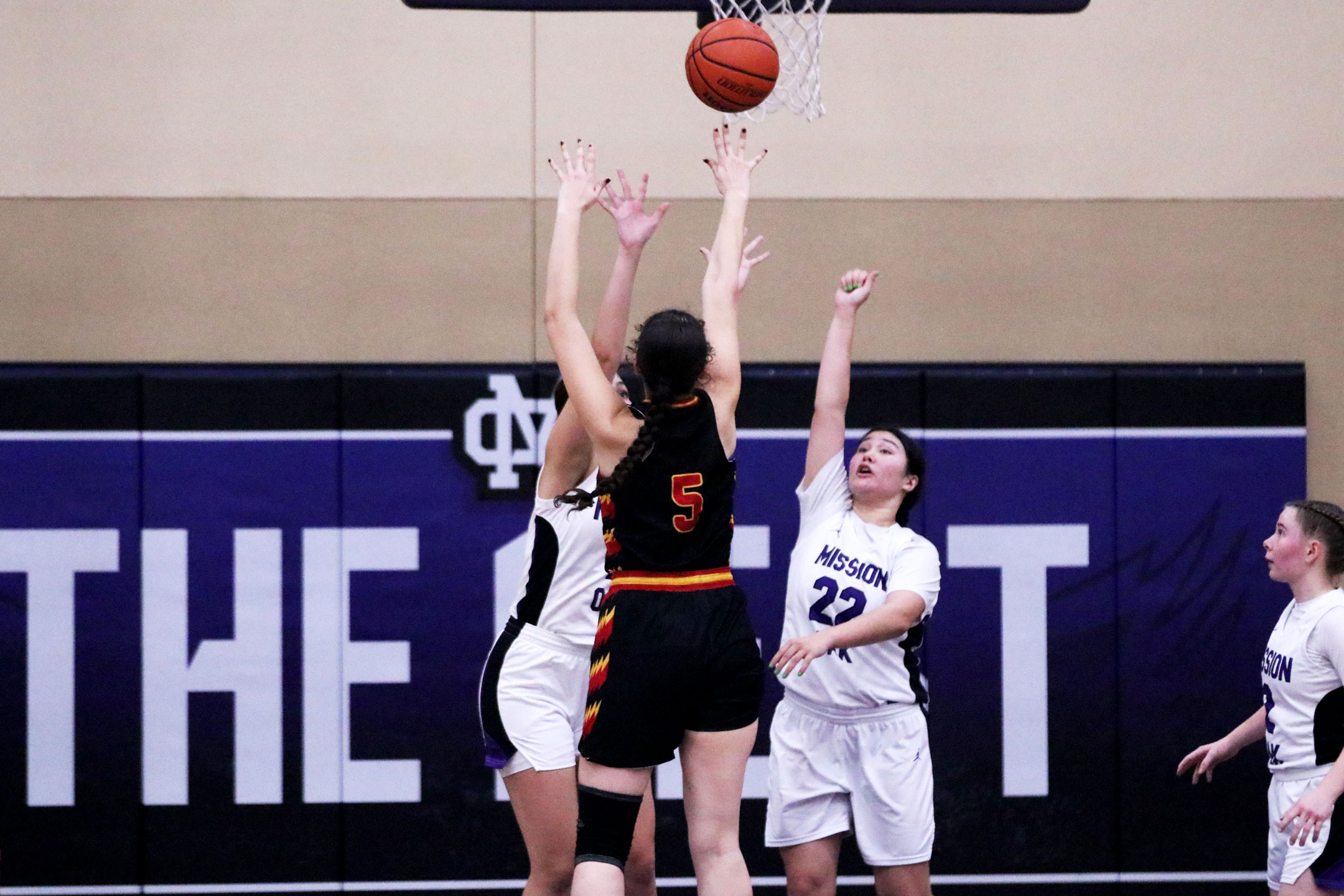 The Hawks beat Lemoore with a score of 61-54 and Hanford with a score of 60-48, two of the toughest teams in the league. The only league opponent they haven’t faced yet is Dinuba, who is 2-1 in league play after a loss to Hanford and wins over Tulare Western and Lemoore. Mission Oak will face Dinbua on Jan. 24. Tulare Union’s next matchup will also be against Dinuba, but they will play on Jan. 20.

At the beginning of the game, Caetano was honored by the school with a plaque commemorating his 200th win with Mission Oak. With the win over Tulare Union, Caetano has now won 201 games with the Hawks and has no plans to slow down anytime soon.