TULARE – The Tulare Union Tribe and Mission Oak Hawks played a tough double-overtime game that ended in a 1-1 tie.

Both Tulare Union and Mission Oak were 1-1 in league play heading into their rivalry game. They were tied for second place in the West Yosemite League behind the Lemoore Tigers. Now both teams are 1-1-1 in league play after tying in their game against each other.

“I think they’re finally coming along,” Tulare Union head coach Tony Fernandes said. “We have a young team but they’re starting to gel together.”

The Tribe wasn’t as aggressive on offense as the Hawks in the first half, taking time to settle into the grass field at Mission Oak. The Hawks put a lot of pressure on the Tribe’s defense. Though the ball made its way all over the field, it was the Hawks who managed to score first. Junior forward Rebekah Beasley scored the goal for Mission Oak 17 minutes into the first half. She was assisted by junior defender Ryann Puga. 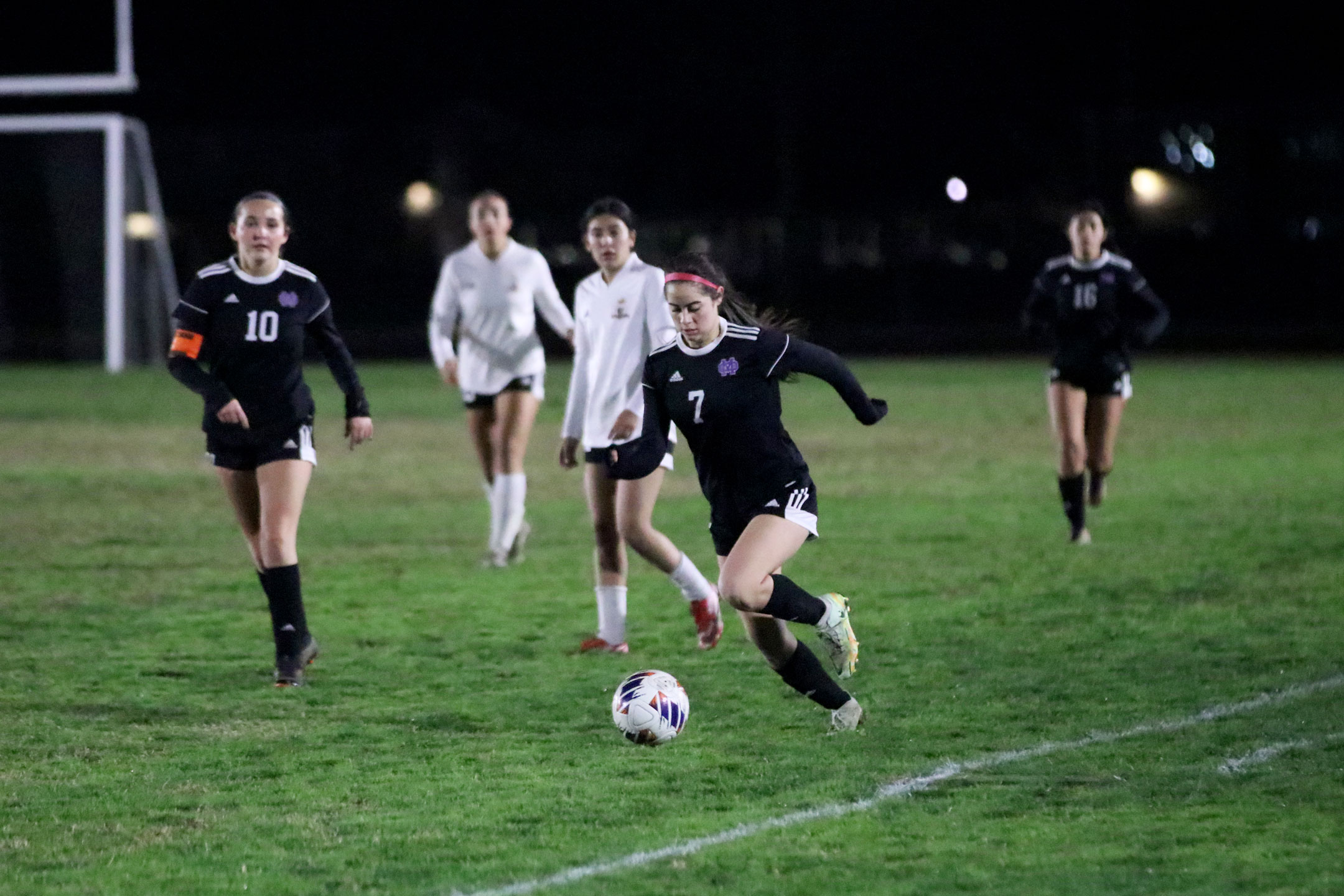 Junior forward Rebekah Beasley dribbles the ball down the field. She scored the goal for Mission Oak 17 minutes into the first half. Photo by Claire Livingston

In the second half, the Tribe put up more of a fight. As the game went on, Tulare Union seemed to gain momentum. They managed to tie the game with eight minutes remaining. Freshman Natalie Quinteros netted the goal to tie the game and send it to overtime.

The second overtime played like the first. Though the teams started to get chippy with each other, neither team was able to get the ball close to the net and the game ended with a tie. A tie gives both teams a single point in the standings, which will be important when it comes to seeding the teams in playoffs. 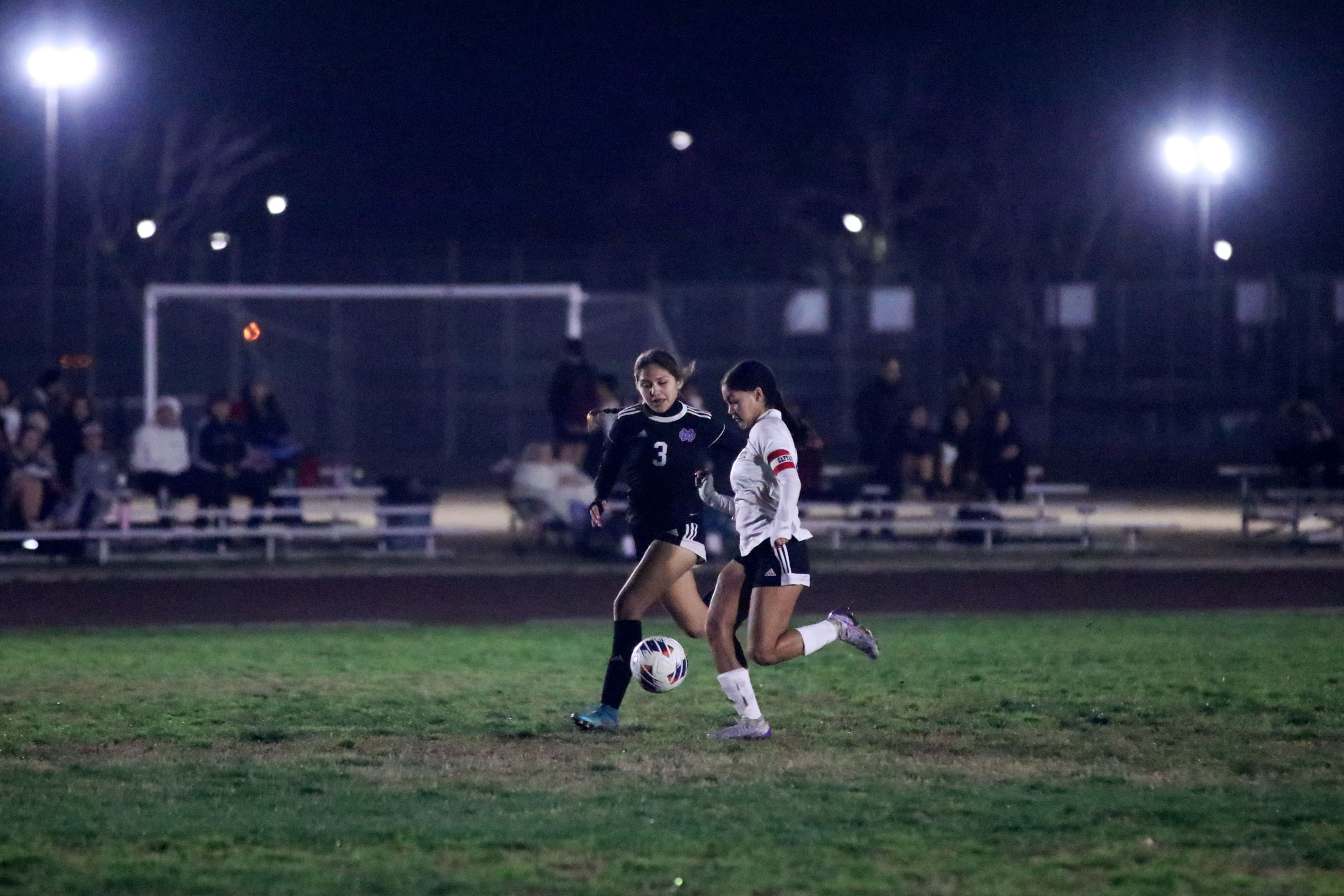 Jasmine Zaragoza and Carys Whitfield battle for the ball as they run toward the Tribes goal. The teams went into double overtime with no success on either side ending the game with a tie. Photo by Claire Livingston

“The season is pretty long, 28 games, and these overtime games are tough,” Ridenour said.

Playing an extra 20 minutes of soccer can take a toll on the teams, extending their playing time from 80 minutes to 100 minutes, with little payoff if neither team scores. Both teams only have a single day of rest before their next games and will have to make the most of it after a tough double overtime.