The Lindsay Cardinals win their game against the Farmersville Aztecs with a last second penalty kick on Jan. 20

FARMERSVILLE – The Lindsay Cardinals beat the Farmersville Aztecs with a penalty kick in the final seconds of a scoreless game, making the final score 1-0.

After 80 minutes of aggressive back and forth play between the Cardinals and the Aztecs, the Cardinals got a break with the opportunity for a penalty kick. The Cardinals scored in the final seconds of the game, narrowly avoiding going to overtime, and walked away with a score of 1-0. It was a tough game, with both teams putting forth their best effort to take down a friendly rival.

“I told the guys at the half that the first 40 minutes was the best 40 minutes we played all year,” Lindsay head coach Tony Godoy said. “It’s very hard to win [at Farmersville]. I think this is the second time we’ve won here in five years.”

Last season when the Cardinals came to Farmersville, they lost 6-1, which was only more motivation for them coming into this game. According to Godoy, many players on the current roster were there during the loss to Farmersville in 2022, so they came in very determined to beat them this time. 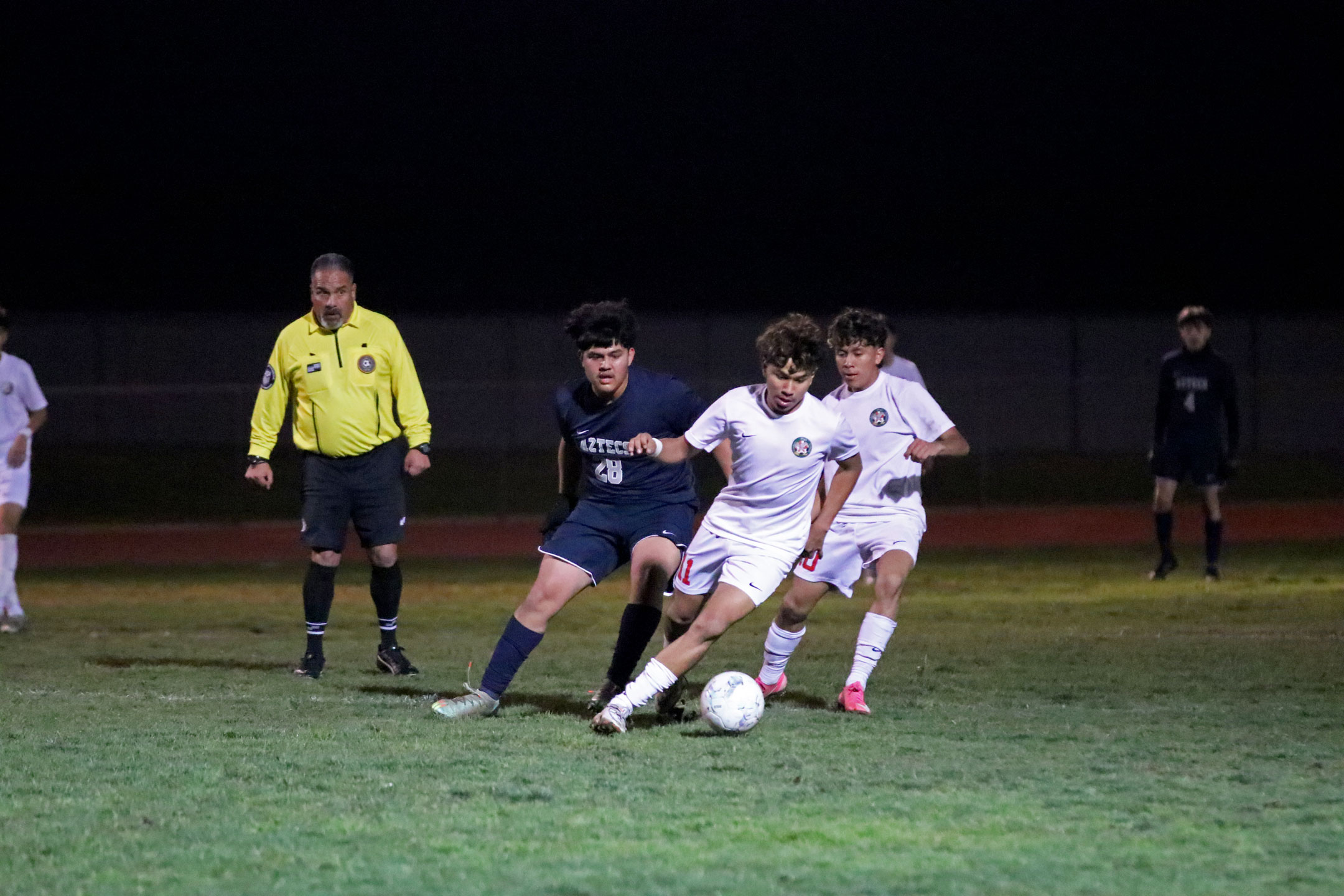 Lindsay sophomore Andres Perez gains control of the ball. Due to a last second goal by Perez, the Cardinals were able to take home a win. Photo by Claire Livingston

Much of that motivation carried into Lindsay’s defense, whose strategy seemed to be not letting Farmersville get close enough for a good shot on their goalkeeper. Sophomores Gabriel De La Fuente and Jose Ortiz, junior Matthew Urbano and senior Omar Lara anchored the Lindsay team throughout the game.

“These last seven games our defense has just been playing really, really great,” Godoy said. “Especially the back line.”

The Cardinals didn’t totally dominate possession of the ball, but they spent more time on offense than the Aztecs did and they put Farmersville’s goalie to work. The Cardinals were organized on offense and managed to get several strong shots on goal, but the Aztec goalie was always there to make a save. It was only when confronted head on with a penalty kick that the Cardinals were able to get a shot past him. 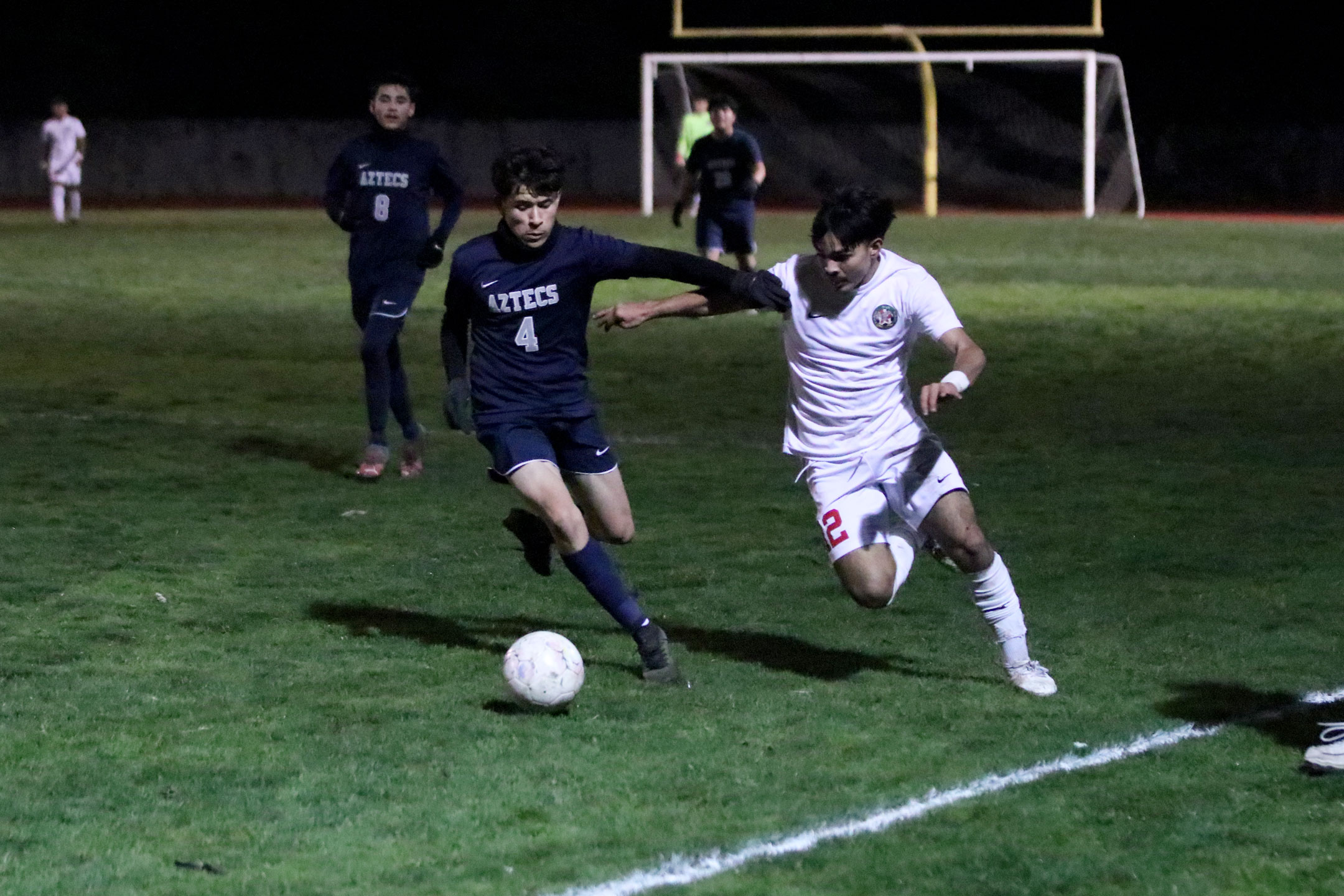 Alex Vargas manages to keep the ball in with pressure from the Aztecs. Photo by Claire Livingston

“I thought Lindsay played outstanding,” Farmersville head coach Michael Jordan said. “Our objective was just to try and stay with them.”

The Cardinals aggressive offensive play didn’t pay off in a natural goal, but they still won based off of a great penalty kick by sophomore Andres Perez. According to Godoy, he’s the team’s go-to player for penalty kicks. He scored the goal just seconds before the official signaled the end of the game, narrowly avoiding overtime for his team and keeping them undefeated in league.