The Tulare Western Mustangs squeak out a 3-point victory over rival Tribe on Tuesday, Jan. 24

TULARE – The Tulare Western Mustangs managed to defeat the Tulare Union Tribe by only three points in their first meeting of league play.

Emotions ran high in the rivalry game between the Tulare Western Mustangs and the Tulare Union Tribe. Both teams played a hard-fought game against their cross-town rivals, with Tulare Western managing to stay ahead by at least a few points for most of it. The Mustangs came out on top in a close 62-59 game after a couple of fouls prevented the Tribe from making the necessary basket for a comeback.

“We got out to that 16 point lead and it kind of looked like we were going to run away with it,” Tulare Western head coach Keith Rickard said. “But Union fought back and cut it down and actually took the lead.”

In the third quarter, Tulare Western managed a 16-point lead, but the Tribe wasn’t having it and fought their way back to within a single point by the end of the third quarter. They briefly managed a one-point lead in the fourth quarter, but their lead was quickly reigned in by a 3-point shot by Kaine Garcia.

Garcia had the second most points of the Mustangs with 14. Malachi Ficher put up an impressive 28 points, nearly half of the Mustangs’ total. On the Union side of the scoresheet, Alex Garcia had 13 points while Braylon Henderson had 18. 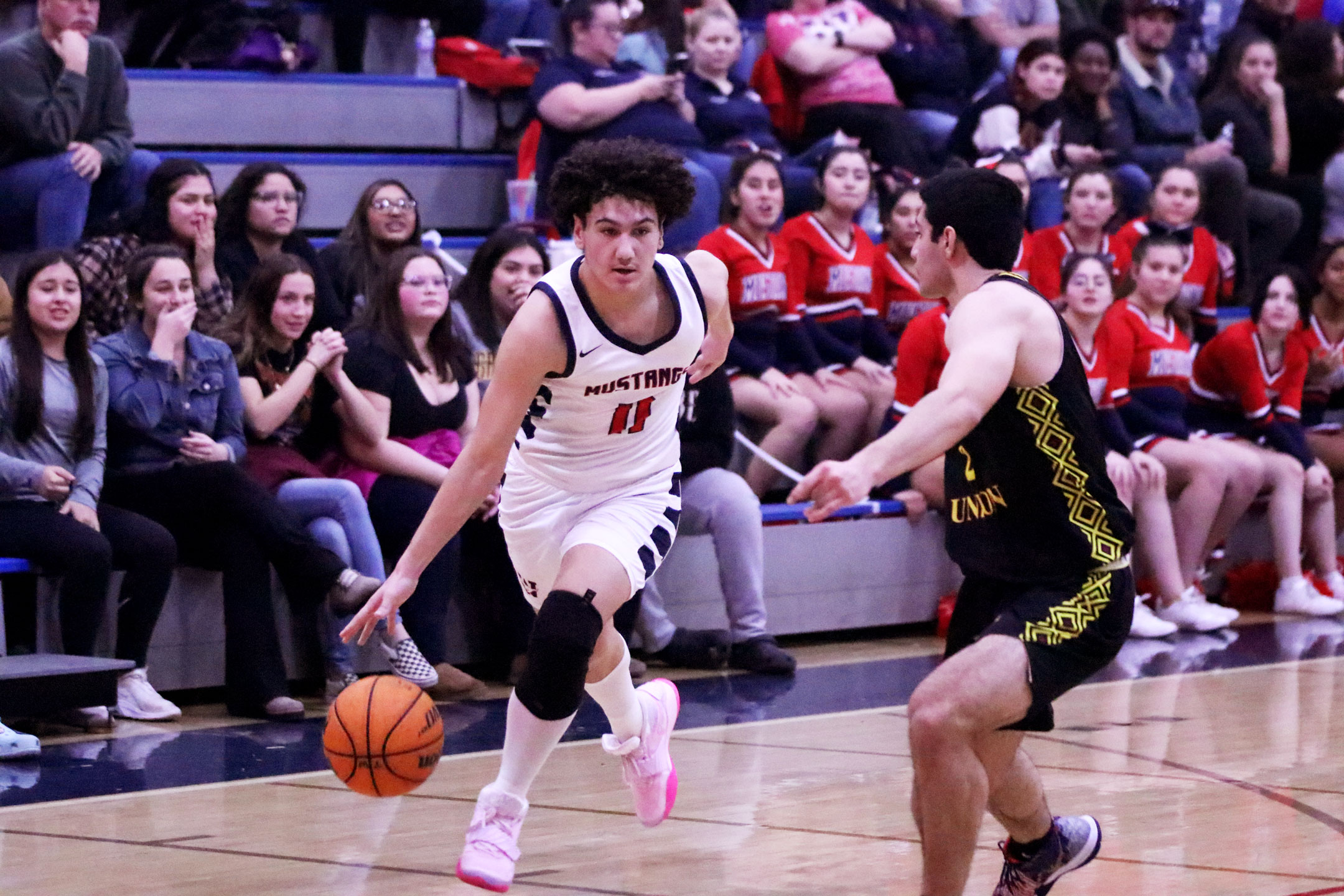 Tulare Western's Kaine Garcia tries to dribble around the Tulare Union Tribe defense on their way to a slim 3-point win on Tuesday, Jan. 24. Photo by Claire Livingston

“My kids played their hearts out,” Tulare Union head coach Mark Hatton said. “They stayed in the game the entire game. They had two or three opportunities to quit but they never quit. I’m proud of them for that.”

The Tribe lost both times they faced the Mustangs last year. First by 34 points and then by 21 points. This year, after tough preparation in non-league play, the Tribe only lost by 3 points, with a strong opportunity to come back and beat the Mustangs. They’ll face Tulare Western again in their final game of league play and have another opportunity to defeat their cross-town rivals. But first, they will face the rest of the West Yosemite League again.