VISALIA – Within a week of being put into service, the Visalia Fire Department’s new CPR devices have saved two lives. 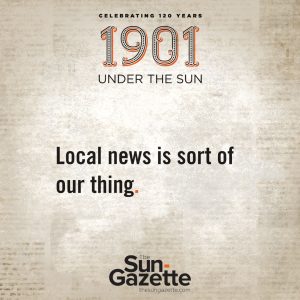 “Both were used in the field by our fire crews and I’m happy to report they did get pulses back on both of those patients,” Griswold said.

Nearly 90% of all out-of-hospital cardiac arrests are fatal, according to 2019 statistics from the American Heart Association. CPR should be started immediately if someone experiences a heart attack but must be maintained until the person responds or until they can be stabilized at a hospital. That usually requires rotating several first responders to maintain compressions which puts them at a higher risk for exposure to blood, saliva and airborne illnesses such as COVID-19. There is also a fatigue factor as these patients may have to be taken up and down stairs en route to the hospital.

The LUCAS 3 provides automated high-quality, guideline-consistent chest compressions for patients in cardiac arrest and requiring CPR. The device alleviates the need for Visalia Fire Department’s (VFD) firefighters\paramedics to be committed to chest compressions and frees the care provider for other necessary interventions.

“Many of our crews have already utilized the LUCAS devices and we have had multiple Code Blue saves since the roll out of the devices just a couple of weeks ago,” says Ryan Munger, EMS coordinator, Visalia Fire Department.

Code blue indicates a medical emergency such as cardiac or respiratory arrest. The LUCAS device is widely accepted in the healthcare industry as a much more efficient means of performing chest compressions and is also in use at Kaweah Delta Medical Center.

Adds Munger, “We have been receiving good feedback from Kaweah Delta Emergency Room personnel ever since the Lucas devices hit the streets. Nothing can replace the brisk action and lifesaving skills that our fire fighters train at, but there is no doubt this wonderful new tool is already making a difference and will increase positive outcomes for cardiac arrest patients in Visalia for years to come.”

The city council authorized the use of federal Coronavirus Aid Relief, and Economic Security (CARES) Act funds to make the purchase of seven LUCAS 3 devices at its Aug. 17 meeting.

The seven devices were purchased from Stryker Medical, the sole provider of the new LUCAS chest compression system in the United States, for just over $137,000. The Fire Department previously purchased one LUCAS 3 device in March 2020. Prior to purchasing, the department participated in a four-month field evaluation. Griswold reported that the department used the device approximately 20 times and said he received “nothing but positive feedback from personnel on this device, even from the harshest critics.”

In addition to its mechanical performance, Griswold said the devices integrates and communicates with the department’s current Life Pak cardiac monitors and sends call data to a cloud-based storage server for use in patient care documentation.

“This is one tool firefighters have globally accepted,” Griswold said. “This tool continues high quality compressions from time put on until the time we get to the hospital and should serve us well for eight to 10 years,” Griswold stated.