CHP respond to collision of a woman rear-ending a water tanker near Ave. 272 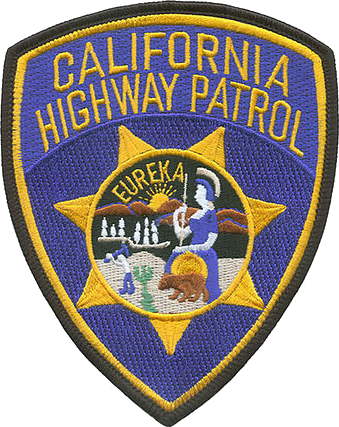 VISALIA – A Tulare woman was injured last week after rear-ending a water tanker.

Just before 10 a.m. on April 6, 28-year-old Melissa Ochoa of Tulare was driving her 2015 Nissan sedan northbound on Road 100 (Akers Street). As Ochoa’s car approached Avenue 272, a 2020 International water tanker, driven by 58-year-old Roy Bell of Tulare, slowed down to turn right into a construction site on the east side of the roadway. Ochoa’s car failed to slow down and collided with the rear of the water tanker, according to the California Highway Patrol (CHP).

Ochoa, who was not wearing a seatbelt, was taken by ambulance to Kaweah Delta Medical Center in Visalia with moderate injuries. It is unknown at this time whether drugs or alcohol were a factor in this collision and the collision remains under investigation.

Saturday, April 10
At approximately 3:40 a.m., officers from the California Highway Patrol (CHP) Visalia Area Office responded to a call of a traffic collision on Avenue 416 west of Road 96. During the course of the investigation it was determine, Juan Carlos Lopez-Sandoval, 41, from Dinuba was driving a 2006 Nissan sedan westbound on Avenue 416. Sandoval was intoxicated and allowed the Nissan to drift off the road and crash into a power pole north of the roadway. The Nissan continued in a westerly direction, striking several trees and finally coming to rest on its wheels. Sandoval sustained major injuries from the crash and had to be extricated from the Nissan by fire department personnel. After extrication, Sandoval was transported to Community Regional Medical Center by air ambulance to be treated for his injuries.

At approximately 12:30 p.m., officers from the California Highway Patrol (CHP) Visalia Area Office responded to a call of a traffic collision involving an ATV near Avenue 404 west of Road 140, with medical personnel responding. During the investigation it was determined a 17-year-old male was riding a 2007 Polaris ATV, black in color, eastbound on Avenue 404 west of Road 140 at an unknown high rate of speed. For unknown reasons, the rider lost control of the ATV and left the roadway. The ATV traveled in a southeasterly direction at the entrance to a dirt access road on the south side of Avenue 404. The ATV struck a metal support pole (yellow in color) and crashed into a section of a metal chain-link perimeter fence. The ATV came to rest facing in a northeasterly direction. The rider was ejected from the ATV and was located several feet east of the initial impact. The rider was not wearing a protective safety helmet while operating the ATV. The rider suffered major injuries and was taken to Kaweah Delta Medical Center.