VISALIA – About half of Visalia residents are in favor of allowing marijuana dispensaries to open within the city and, after last week’s meeting, at least one city councilmember is willing to consider it. 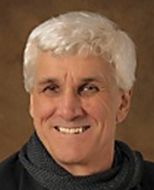 On April 19, Councilmember Greg Collins requested the issue of allowing two marijuana dispensaries be placed on a future agenda. Under the city’s policy, the request will be added to a meeting and be put to a vote of the council if the item should be presented by staff and a formal vote taken.

Collins said it has been four years since voters legalized recreational marijuana in California and other cities are successfully managing dispensaries and using the revenue to address key issues in their communities.

“It seems like every community around us has one,” Collins said at the April 19 meeting. “They do a good job in terms of generating revenue. And potentially we could utilize some of that revenue for issues that are important to Visalia.”

Nearby Woodlake reported the city’s tax revenue generated by the industry topped $800,000 last year. The first pot industries in the small foothill town opened in 2018. Revenue from cannabusiness has helped the city develop more parks and relaunch youth sports programs within the city.

The city manager of Lemoore estimated one dispensary, Woodlake-based Valley Pure, would generate around $500,000 a year in sales tax revenue. Lemoore now allows commercial cultivation in their city limits that city manager Nathan Olson says will generate in excess of $2 million. Estimates made in late 2020 note “that Lemoore’s current budget predictions show the city will be about $2.9 million in the red, so Olson hopes the deal will help get the city back in the black.”

“It doesn’t get us all the way there, but it’s definitely helpful,” Olson said in a news account.

In Lindsay, where the city recently approved commercial cultivation in the long vacant Lindsay Olive plant, city revenue was a big draw. Lindsay city manager Joe Tanner told one media outlet the business could generate about $80,000 for the city, enough to fund a police officer, purchase police vehicles or fund any number of city services.

Back in Visalia, Collins says he is proposing to limit the number to two and one location in the city—an area east of downtown zoned for the city’s microbrewery and boutique winery district extending from Santa Fe east to Ben Maddox. Here there are plenty of older, smaller and unused buildings which formerly housed auto related businesses and antique stores could be renovated for new economic uses.

Already the establishment of the overlay district has resulted in perhaps seven new businesses east of Santa Fe (like Stacks and BarrelHouse) that have opened in the past few years with Lake Bottom and Long Shot breweries coming soon.

Here, city policy seeks to “encourage, protect and enhance existing buildings, their productive re-use, and improvements in the East Downtown area. Promote the vibrancy and sense of destination and place of the East Downtown area by establishing this area as the recognized center for craft brewing establishments.”

Then there are the jobs. The new Hanford Caliva storefront set to open has 13 employees, a news report says, with a few more being added in the coming weeks. The store will eventually have 30 to 40 employees after the retail portion is opened. Currently the Caliva store does deliveries only.

For Visalians, the closest pot dispensaries are east off Highway 198 at the Farmersville exit where there are two stores.

“Why make people drive to another town to get their legal supply” ask Collins?

Attitudes about marijuana have changed since the recreational drug was legalized in 2016. In 2019, only 39% of residents said they were in favor of the city reexamining its city-imposed ban on the sale of recreational marijuana, a figure that had remained unchanged since the statewide approval of recreational marijuana in the 2016 general election, according to the city’s annual Public Opinion Survey. That changed last year when about half of people said they were in favor.

It seems undecided respondents were the difference as the number of people with no opinion dropped from 11% to 1%, while the number of those in favor of dispensaries increased by 10% and those against remained unchanged.

The differences were more pronounced by income level. Those in higher income brackets only slightly leaned toward banning dispensaries, 4% for incomes between $70,000 to $100,000 and 9% for incomes over $100,000, while lower incomes more heavily favored allowing dispensaries, with a 21% edge for incomes $40,000 to $70,000 and 31% for those making less than $40,000. This fell in line with age splits as well. The number of 18-34 year-olds in favor of dispensaries tripled those against while the number of 55 and older against dispensaries was 25% more than those for them. There was only a 4% margin in favor among ages 35-45.

Residents age 35 and younger represent more than one-third of the city’s population, according to the U.S. Census Bureau, but only make up 16% of last year’s survey respondents. The Citizens Advisory Committee said if you took an even number of respondents in all age brackets, those in favor would shift to a majority 57%.