Visalia expands project as home of the BRAVE

VISALIA – A month before Visalia was set to celebrate the nation’s Independence Day, the city council voted to expand a program honoring those who keep the country free from foreign attack.

At its June 7 meeting, the Visalia City Council unanimously approved expanding The BRAVE Project, which allows banners honoring local, active military men and women to hang from streetlight poles throughout the city.

The Brave Project was founded by Gary and Jana Cole, in partnership with the American Legion, in 2012 with the purpose of honoring citizens of the city of Visalia presently serving on active duty in the United States military. BRAVE, is an acronym for Banners Recognizing & Appreciating Visalia’s Elite. The project originally started on Caldwell Avenue from Santa Fe Street to Akers Street and Demaree Street between Orchard Court and Visalia Parkway.

In 2016, the city council authorized expansion of the program by extending the time banners are in place from two years to as long as the Visalian is currently serving on active duty and allowing banners to hang from streetlights on Akers Street from Caldwell Avenue to Goshen Avenue, Riggin Avenue/St. Johns Parkway from Dinuba Boulevard to Ben Maddox Way and Ben Maddox from Main Street to Caldwell.

Since its inaugural banner, the project has placed 222 banners on 11 streetlight poles throughout the city. 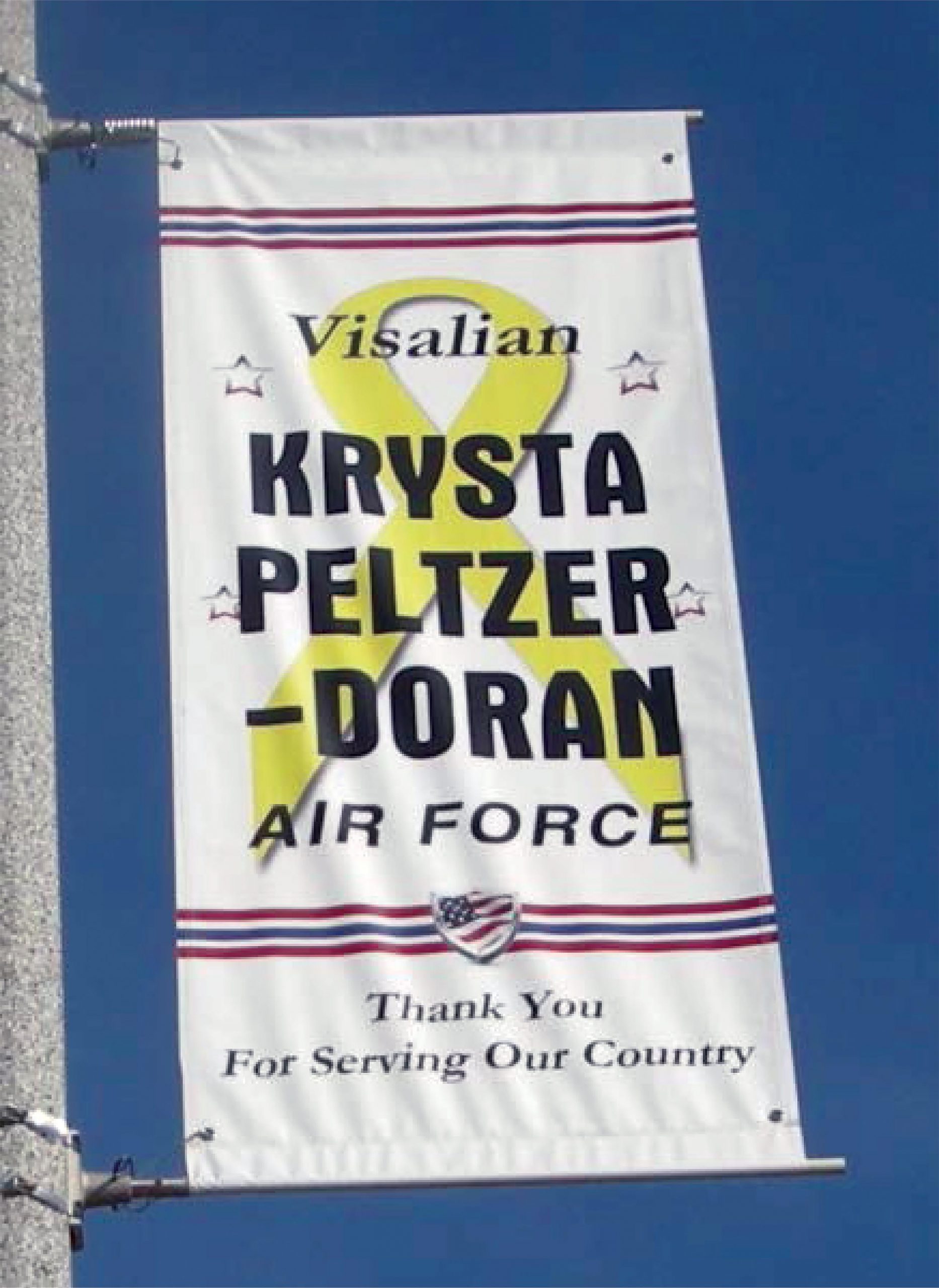 This most recent expansion will add a corridor to specifically honor veterans in addition to those who are active military. Twenty-eight veteran banners will be placed on 14 streetlight poles in the center median of Goshen Avenue from Akers Street to Shirk Street. Veterans banners are eligible to remain up for a maximum of four years. The council vote will also allow the program to add 28 active military banners to 14 streetlight poles on Lovers Lane from Mineral King Avenue to Houston Avenue. Active military banners are removed one year after the person returns home, due to the laps in time from the end of active duty to the annual review of active military by the project, but could be up to two years for those serving in the military reserve plus the time for the project to receive applications, approve banners, and simultaneously schedule their installation and removal.

“As for fallen heroes, an additional display was to be added to their banners, and they would be allowed to remain in place as long as in good condition,” the staff report stated.

Due to its popularity, city staff said all but six streetlight poles on major roads in the community have been utilized for the program.

“Even with the removal of the banners of those who are no longer enlisted and the replacement with new banners of actively serving military, the number of available streetlight poles is diminishing,” the staff report stated.

Service person’s banners be paid for in full before their banner will be installed. Family members are responsible for replacement cost for tattered and faded Banners. The cost of a banner is $360 and includes printing the banner, brackets and installation on the light pole.

For more information or to make a donation, visit www.thebraveprojectvisalia.org.