City is now planning to construct two separate buildings, one for police administration and another for council chambers

VISALIA – The Visalia City Council was split on its decision two years ago to forego a new city hall in favor of a new public safety building.

As a compromise, the council offered a hybrid building that included housing police department administration, the city’s finance department and contain a temporary council chambers until a new city hall is built. Now, city officials are suggesting two separate buildings, one for police administration and another for council chambers where a new city hall could be added later. 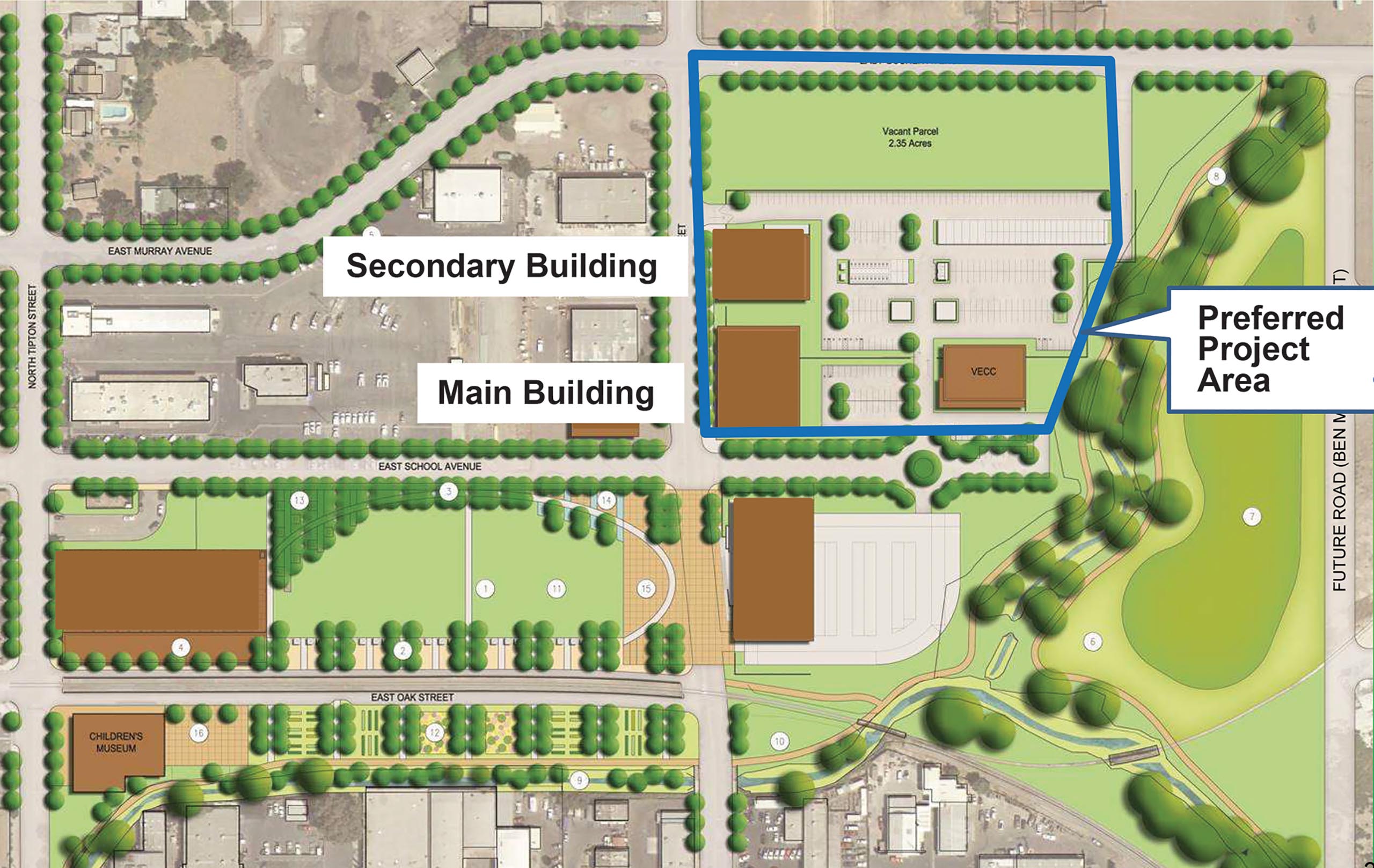 “The subcommittee felt we would be duplicating our efforts by building a temporary space and then spending money to redesign later,” Nelsen said. “If we are going to spend the money, we want to do it right the first time.”

Mayor Steve Nelsen said the two buildings would be located on opposite corners of the intersection at School Avenue and Burke Street. On the east side would be the new police administration building, with a conference room/training center, in front of the Visalia Emergency Communications Center (VECC) it shares with the fire department and emergency services. On the west side there will be a new council chambers with city office space for the finance department.

“It will cost a little more money now but we won’t have the expense of building a new building and renovating another one down the road,” Nelsen said.

The city has yet to complete a space needs analysis to determine how many buildings it could sell off to pay for the new ones but Nelsen said the subcommittee is moving forward with plans to begin basic designs this month. Nelsen said staff is expected to return to council with some conceptual designs in October. While there is no specific square footage yet for either building, Nelsen said the subcommittee asked staff to design the council chambers to accommodate between 150 and 200 people.

“We felt like that was a realistic number for a council meeting,” Nelsen said. “We didn’t want to see any designs for some elaborate hall for 900 people.”

The final design of the project won’t be complete until January and likely won’t go to bid until next summer. The design will be developed by Darden Architects after the city approved a $2.1 million contract with firm in March two years after initiating the original request for proposals. Part of Darden’s contract is to complete the space needs assessment to determine the square footage and which staff and functions will be housed there.