VISALIA – Current teen actor and former El Diamante student Caleb Brown has taken his talents to television, where he is co-starring in the upcoming Nickelodeon show That Girl Lay Lay and is premiering the debut episode at Rawhide Stadium Sept. 23 for anyone interested in showing their support.

The 15-year-old actor plays Jeremy Miller, the best friend of Sadie, a teenage girl struggling to find her way in high school life. The Nickelodeon sitcom follows Sadie and her friend Lay Lay —an avatar from her positive affirmation app that comes to life after Sadie has a bad day at school—as they tackle high school together and teach each other different aspects of life. Brown, a sophomore in high school himself, said it’s been a blessing to be able to play such a relatable character.

“Because me and Jeremy are so similar, I think my biggest highlight is being able to take parts of me and put them into Jeremy. Jeremy is me with a lot more energy and a lot more ‘think outside of the box,’” Brown said with a laugh. “It’s nice to be able to explore different parts of myself, but with Jeremy in front of a camera, and getting to play this fun, over-the-top character is such a blessing.” 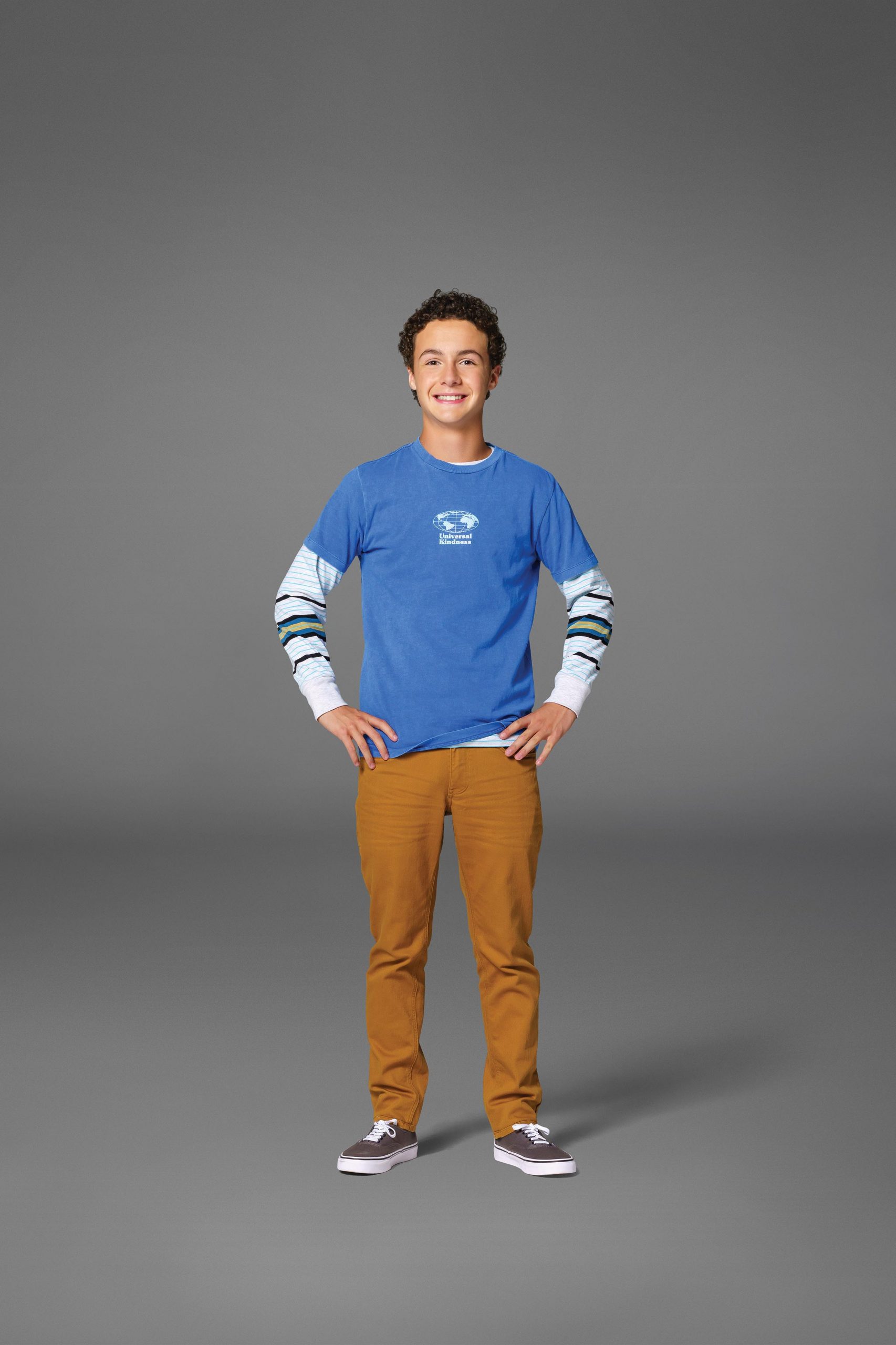 The 15-year-old made his television debut on Nickelodeon’s Bella and the Bulldogs in 2015. Caleb has guest starred on shows on CBS, ABC, Fox, CW and the Disney Channel.Photo courtesy of Nickelodeon

Brown has come a long way in a short time from humble beginnings, first appearing in Tulare County Office of Education musicals starting at age 7. Audition trips to Los Angeles bore commercial appearances with Subway, AT&T, Snapple and NBC/Universal Studios, and just a year after filming his first commercial, Brown made his television show debut playing Young Sawyer in Nickelodeon’s Bella and the Bulldogs.

In 2017, Brown received the award for Best Feature Film Performance at the 38th Annual Young Artists awards in Hollywood for his supporting role in Mothers Day, filmed in Georgia, where he discovered that working hard while creating lifelong relationships was going to be his road map to success in the industry. Brown has worked alongside A-list actors like Jennifer Aniston, Matthew Perry, Teri Hatcher, Timothy Olyphant and Seth MacFarlane, and said being around so much talent has helped him learn the craft and grow his career.

Along with CBS’ The Odd Couple, Brown has guest starred in several television shows such as ABC’s The Middle, FOX’s The Orville, CW’s Crazy Ex Girlfriend and Disney Channel shows Stuck In The Middle and Bizaardvark. As for his current role in That Girl Lay Lay, the young budding actor said it’s been a dream come true.

“I think it’s everybody’s dream to be on a comedy sitcom. It’s the most fun job anybody could have,” Brown said. “I think this is setting me up with getting more comfortable in front of people, so I think this can only go good ways.”

Brown said he’s got stand-up comedy aspirations, and hopes to kickstart that dream by booking shows in Visalia, where his family currently resides during downtime between filming. Brown and his family have been back and forth between Studio City and Visalia this year, but now that he’s back in his hometown, Brown said he’s been enjoying time with friends and family.

“I have all my friends over here, I’ve got my entire family. It was a big difference when I stepped away from Visalia and I went to LA,” Brown said. “Now that I’m back it’s just been great having time to spend with everybody, playing games, enjoying barbecues and just living that normal family life.”

COVID-19 has hampered just about every aspect of life, and Brown said it was no different for Hollywood.

“I remember originally, when COVID hit, acting was super slow,” Brown said. “Then I got the audition for this role, I jumped in and we got the role and we started shooting. It’s crazy, I have to give the biggest props to our COVID people at work because they made this entire thing happen. If it weren’t for them we wouldn’t have been able to be on set everyday. So biggest props to them for sure.”

Brown said he hopes everyone can show up to the debut screening of That Girl Lay Lay Sept. 23 at Rawhide Stadium from 6 to 9 p.m. with free admission, where the saloon and concession stands will be open.