Visalia’s annual public opinion survey shows more than 72% of respondents support a community pool complex, listed it among the recreational activities and amenities they would like to see in Visalia

The Citizens Advisory Committee presented results of the 2022 survey to the Visalia City Council at its July 18 meeting. Support for a community pool was seen in all three questions added to this year’s survey, which polled 1,300 residents, or about 1% of the city’s population. Seventy-two percent of those surveyed said the “City of Visalia should have a Public Swim Complex.” Respondents also listed a community pool in response to two open-ended questions “What recreational activities would you like to see at the new Sports Park?” and “What amenities would you like to see in Visalia?”

The survey was welcome news to Councilmember Greg Collins, who has floated the idea of the city building a pool since 2017. The city council has narrowly voted down the idea of an aquatics center three times in the last five years and time is running out for him to champion the project. Collins has already announced he will not be seeking re-election this November.

“Through the survey, the Visalians have spoken,” Collins said. “I think it would really enhance the quality of life we’re proposing.”

Collins has been a long time proponent for a 50-meter competition pool, a zero splash entry pool and swimming wall of fame. The competition pool would be able to accommodate 20 lanes for swimming contests, such as a regional meet for competitive youth and high school swim teams. A large section of the competition pool will be shallow for water aerobics, access for those with disabilities and swim lessons. The zero-splash entry pool will only have about a foot of water and a water play structure, where children can climb, slide and spray or be sprayed with water features. 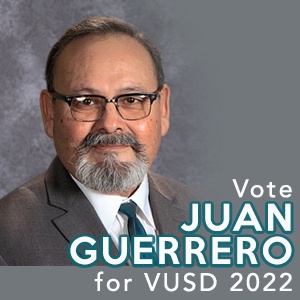 “The best thing about the survey is that it does a good job of comparing year to year because a lot of the questions are static,” CAC chair Jason Serpa said. “It’s good to keep those static demographics when rating certain parts of departments of the city, so that city council can see how people perceive how we’re doing.”

“I think the reason for the higher return on the northeast is because you have a tremendous amount of new homes going in, more affluent kinds of homes,” Mayor Steve Nelson said.

Safety ratings have come down to 79% on average compared to 83% in the previous year. Northwest Visalia has the highest rating of “average” while the southwest has the most ratings for “high.” The northeast also has the highest number of respondents who reported “very low.”

The lowest income level respondents rated this year’s city’s safety ratings as “average” and only 11% rated it as “high” or “very high.”

When it came to the most important item for the city to work on, homelessness was the residents’ most common response by far. The second and third most frequently mentioned were drug crime and gangs and some other responses were roads, traffic and safety. City road maintenance and traffic management in particular were two categories that received higher amounts of “poor” rates.

“Yet again, we consistently see roads towards the top of the list, I think that’s usually always a concern to people, because that’s something people use every day,” Councilmember Brian Poochigian said.

Conducted between May 1 to May 21, this year’s survey gathered 1,300 responses, less than half of the  3,200 collected for last year’s survey. Serpa said there is no known reason behind the drop in the response rate.