VISALIA – Tulare County is giving a waterpark resort millions in annual tax rebates for the next 15 years to help get the project off the ground and eventually generate millions more for county coffers.

The Tulare County Board of Supervisors approved the tax incentive plan for Great Wolf Resort at its July 26 meeting. The Chicago-based company is planning to build a 525-room hotel and waterpark at the corner of Caldwell Avenue and Highway 99 south of Visalia expected to attract more than 600,000 visitors annually. The 35-acre campus will feature an indoor water park, restaurants, meeting space, spas, and a family activity center with arcades and children’s play areas open to hotel guests, other travelers and local residents. The proposed resort also includes a “higher end” concept to be housed within a separate structure adjacent to the main rooms building.

“While we’re still early in the evaluation process, we’re appreciative of the significant steps taken by the County Board of Supervisors and their unanimous support for this endeavor,” Jason Lasecki, Great Wolf’s vice president of corporate communications, said in an email. “We look forward to continuing our discussions with city and county officials as we continue exploring a possible Great Wolf Lodge for the Central California region.” 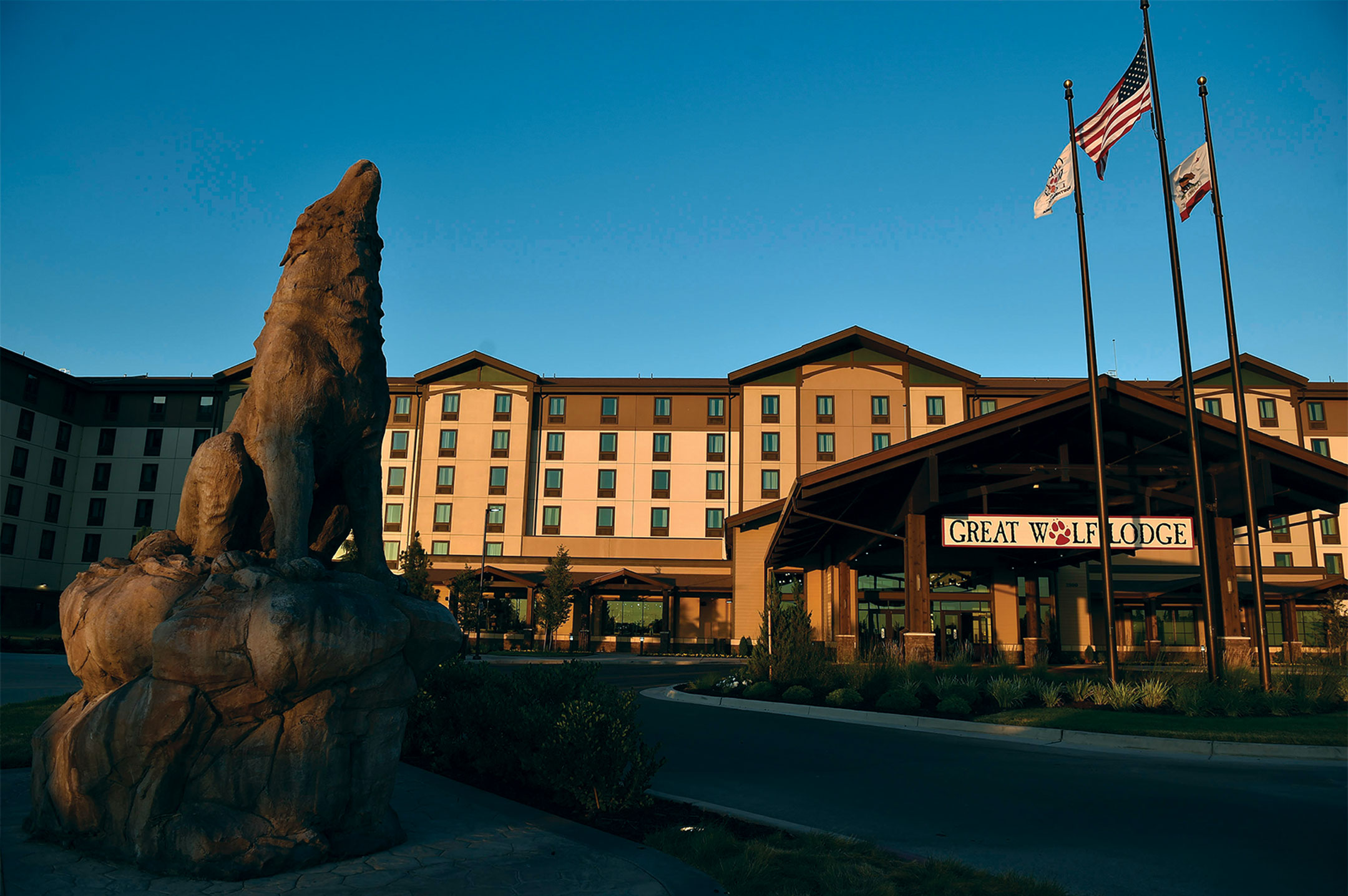 Under the agreement, the county will rebate Great Wolf 100% of the transient occupancy tax (TOT), also known as a bed tax, it collects on the resort for the first five years, 75% in years six through 10 and 50% of the tax collected in years 11-15. Beginning in year 16, the county will collect 100% of the TOT, or about $6.5 million annually. Great Wolf will use the tax rebates to pay their deferred impact fees without interest over the five year initial period to alleviate the up front cost of building the $228 million project.

“Without these incentives, Great Wolf Resorts would not be able to move forward with financing the construction of the proposed development project,” the staff report stated. “These requests are commensurate with economic incentives approved by jurisdictions where Great Wolf Resorts or other similar large-scale resorts have located.”

Mike Washam, associate director of the county’s Resource Management Agency, said Great Wolf was considering a location near Bakersfield or the High Desert in Kern County when Tulare County reached out to see if they would also consider going up the road. Great Wolf took the meeting as a courtesy and ended up finding the infrastructure associated with the Sequoia Gateway Development was further along than any sites in Kern County and that Tulare County staff was ready to begin working on its own incentive plan.

“We processed the plan much quicker and were able to secure them coming to Tulare County instead of Kern County,” Washam said.

Tulare County’s tax rebate plan was something the county had previously offered a luxury hotel looking to locate in Three Rivers in 2019 and was much more straightforward than incentive structures offered to Great Wolf in other areas. In Manteca, the nearest Great Wolf Resort to Tulare County, Washam said there was a complicated incentive plan that mixed a variety of taxes, development fees, rebates and discounts. In Florida, Washam said a county fronted money to help Great Wolf purchase the land.

“On behalf of Great Wolf, your staff was tremendous, one of the best I have worked with in the nation,” Bryson Heezen, director of development for Great Wolf, said.

To justify the incentive deal, the county contracted with Sacramento-based Economic & Planning Systems, Inc. (EPS) to study Great Wolf Resort’s economic impact to the area and the effect the tax rebate would have on county finances. The analysis showed the resort would receive about $87 million over 15 years from the TOT rebate while the county would receive $33 million over 15 years. The report also estimated the county would receive an additional $1.5 million per year in property, sales and other taxes, totalling $22.5 million over the same 15-year timeframe. In all, the county expects Great Wolf to generate more than $8 million in tax revenue. That’s far more than the estimated $238,000 the county will provide the property in services, such as public safety. EPS said Great Wolf will have a total economic impact from both direct and indirect sources of $1.7 billion in Tulare County.

“We did not guarantee any up front money, there is no cost and no risk to the county under this agreement,” Washam said. 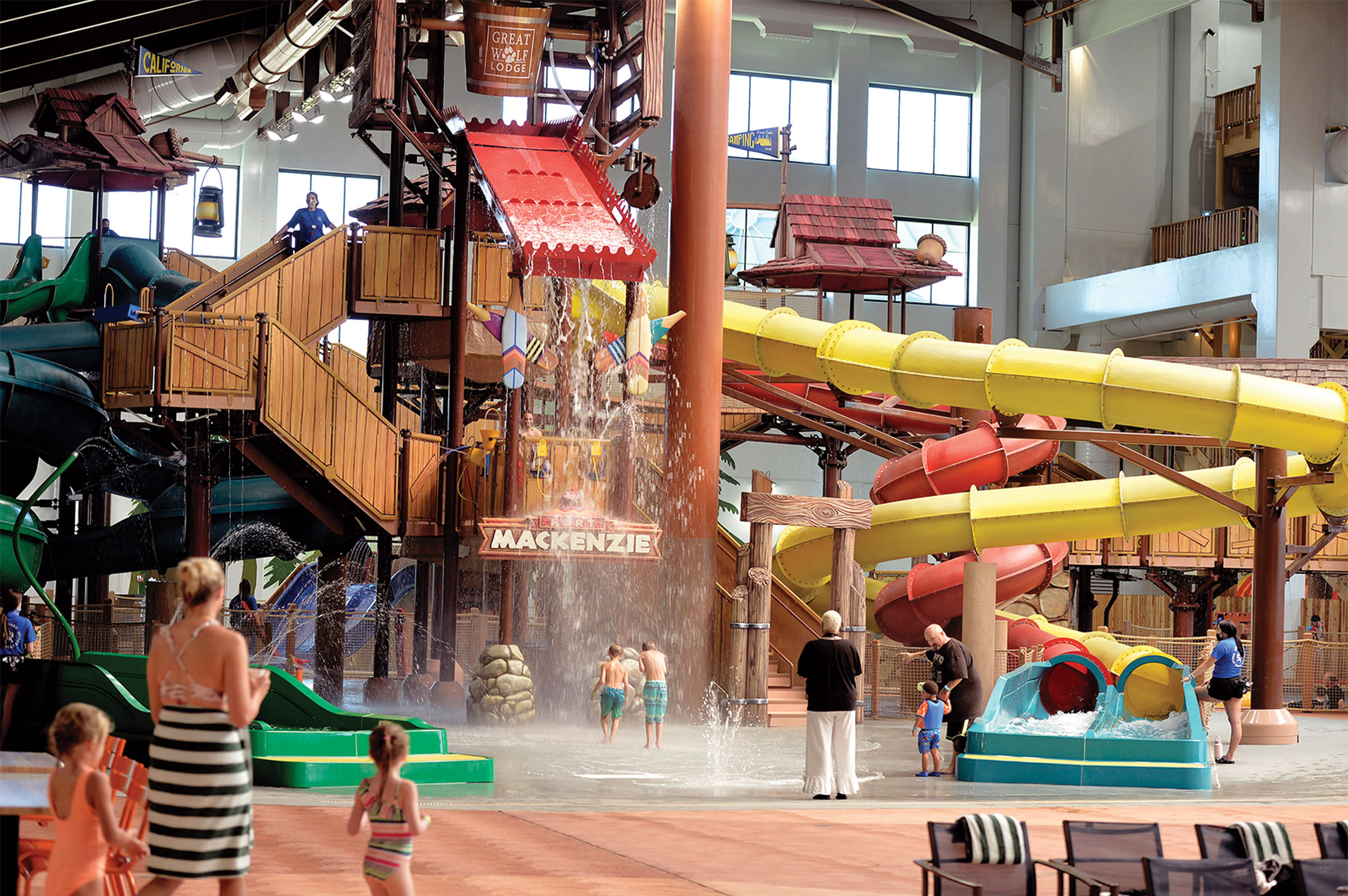 The resort is expected to generate about 1,000 jobs.Photo submitted by Great Wolf Resorts

In February, the Board of Supervisors approved an amendment to the Sequoia Gateway Commerce Center Specific Plan to allow the entitlement of the 35-acre hotel. The hotel will be located next to a Valley Children’s Medical Group Specialty Care Center, Kaweah Health medical offices, a regional retailer, such as Ikea or Bass Pro Shop, a visitor center, four fast food eateries, two sit-down restaurants and other hotels at the highway commercial center.

The county now expects that the final map and development agreement will be completed by the end of this year with the two-year construction process beginning next year.

“This agreement allows them to move forward with the close of escrow on the purchase of the land,” Washam said. “There are no guarantees anyone will build a project but the incentives are only there if there is a project, so there is no risk for the county.”

Known for its expansive indoor waterpark featuring water slides, pools and play areas and caters to families with children ages 2 to 12. Parties will typically stay 2-3 days or more and often travel a few hours to reach the resort. Visitors to the proposed resort would likely come from throughout the San Joaquin Valley and beyond. While many visitors will spend most of their time within the resort’s facilities during their stay, others will venture off-site to purchase retail goods, seek alternative dining options, or simply explore the area, says the consultant report. 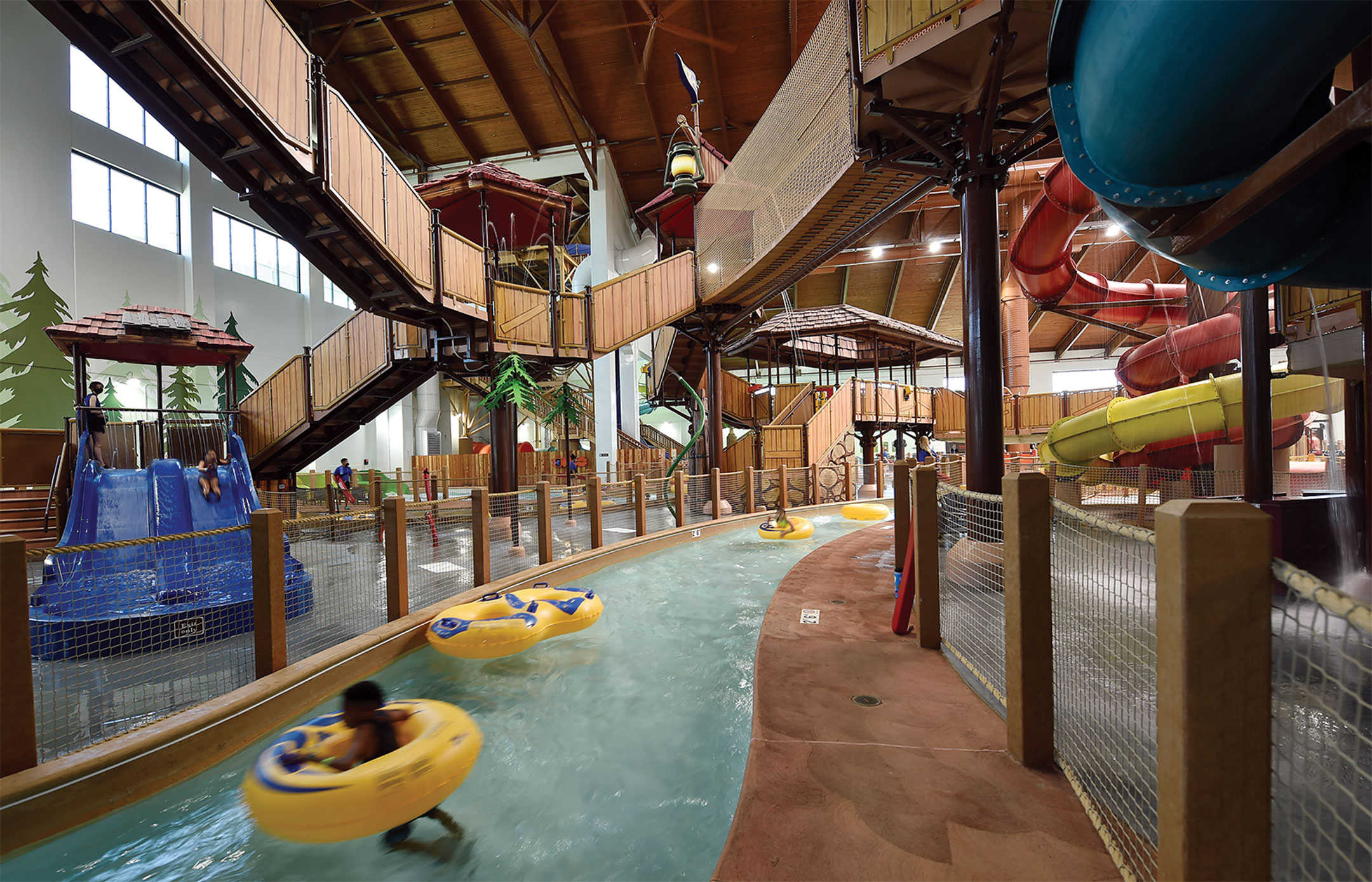 A final map and development agreement will be completed by the end of the year. Photo submitted by Great Wolf Resorts

The City of Visalia is expected to capture the greatest share of off-site visitor spending for both general retail and food service, about $15 million annually as well as supporting 227 jobs in local cities. The project will connect to the city’s sewer system. County staff estimated Great Wolf Resort will use 303 acre feet of water per year, lower than the 367 acre feet per year used to irrigate the corn and alfalfa currently planted on the land. An acre foot is about 326,000 gallons of water. Washam said the water will be provided by California Water Service, a private-investment utility providing water for the city of Visalia and surrounding area.

Great Wolf will also be a major job creator. EPS estimated construction of the 35-acre resort will generate about 1,000 jobs. Once open, the hotel and waterpark will employ 660 people or more, as the actual number of rooms could be as high as 700. The landowner and developer of the resort will be GWR Tulare LLC, an affiliate of Great Wolf Resorts.

Great Wolf Resorts has opened 19 locations across the US and three more under construction since 1997. In addition to their Manteca location, Great Wolf also has a resort in Anaheim, Calif.