An event every week that begins at 12:00pm on Wednesday, Thursday, Friday and Saturday, repeating until May 27, 2022 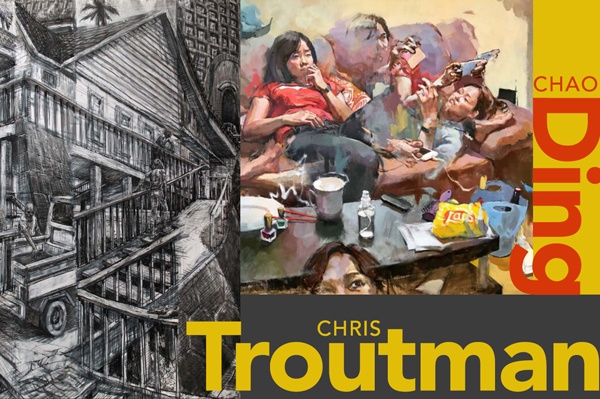 Chao Ding is a perceptual painter, mostly working on representational pictures. His subjects are mainly based on his personal experiences as a foreign national in the United States. A strong sense of isolation leaves him time to explore his surroundings and pay close attention to abandoned houses and shuttered buildings that have been forgotten. Chao looks for the constructive force and beauty in nature and discovering internal orders. He is intrigued by the visual formalities and rhythms that he has encountered to concentrate on the unusual and hidden beauties from those forgotten scenes and is constantly seeking new possibilities in his painting compositions.

Chao Ding is a Beijing native, and currently lives and works in Baton Rouge, Louisiana. During his childhood he sat beside his father’s easel to watch for leisure. Chao received his B.A. in Fashion Design from Beijing University of Technology in 2012. After four years of study and experience as an intern in the fashion industry, he felt limited to express himself. In 2014, he moved to Buffalo, New York to study drawing and painting at SUNY Buffalo State College, where he found the enthusiasm to return back to the painting medium. After graduating from SUNY, he went to Baton Rouge, Louisiana to pursue an MFA degree in studio art at Louisiana State University.

Reflecting aspects of his experience living between the U.S. and Japan, Chris Troutman creates large scale drawings which may give viewers insight to the experience of living in a globalized world. The exhibition includes work from a slowly evolving series that Troutman has been working on since 2008.

Troutman says, “In my studio research, I draw the human figure from dynamic perspectives in contemporary urban settings in order to investigate the capacity of pictorial form to intensify aspects of our daily visual experiences and reveal the value of daily life as a topic for exploration in drawing. Much content of my work is inspired by graphic novels; implemented by dividing drawings into multiple sections and/or panels. In addition to storytelling, I use multipart drawings to juxtapose aspects of the various places I have lived in over roughly the past decade, primarily in the United State’s Midwest, and Southeast Texas for the past 7 years, and southern Japan, where my family and I return to annually.”

Born in Kansas City, Missouri and raised in Peoria, Illinois, Christopher Troutman has lived in Beaumont, Texas since 2013, where he teaches all levels of drawing at Lamar University. In his work, Troutman uses drawing to define the form and space of figures and environments, as well as examine storytelling inspired by personal narrative. In 2003 Troutman received a BFA from Bradley University then moved to Japan, where he and his wife opened a conversational English school in Kagoshima City. While living in southern Japan, in 2005 he was the first foreign resident of Kagoshima to be awarded the Grand Prize at the 52nd Kagoshima Prefectural Art Exhibition. After completing an MFA in drawing and painting at California State University, Long Beach in 2008, Troutman taught in at Eastern Kentucky University, Vincennes University and Eastern Illinois University. He has had solo exhibitions in Japan and at several locations throughout the U.S. In 2014, Troutman was awarded the Grand Prize (Paris Prize) at the 66th Miyanichi Sougou Art Exhibition in Miyazaki Prefecture, Japan. He and his family return to Japan annually.

Arts Visalia is open Wednesdays through Saturdays from noon to 5:30 p.m. Drop by or schedule an appointment by calling 559-739-0905 or emailing [email protected]. We have created Virtual Gallery Tours that are available at www.artsvisalia.org/virtual-tours, so enjoy the show virtually or in person. 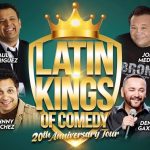 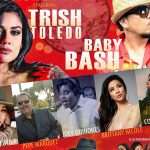